Driver’s Wild Ride Ends with a Cactus Through the Windshield 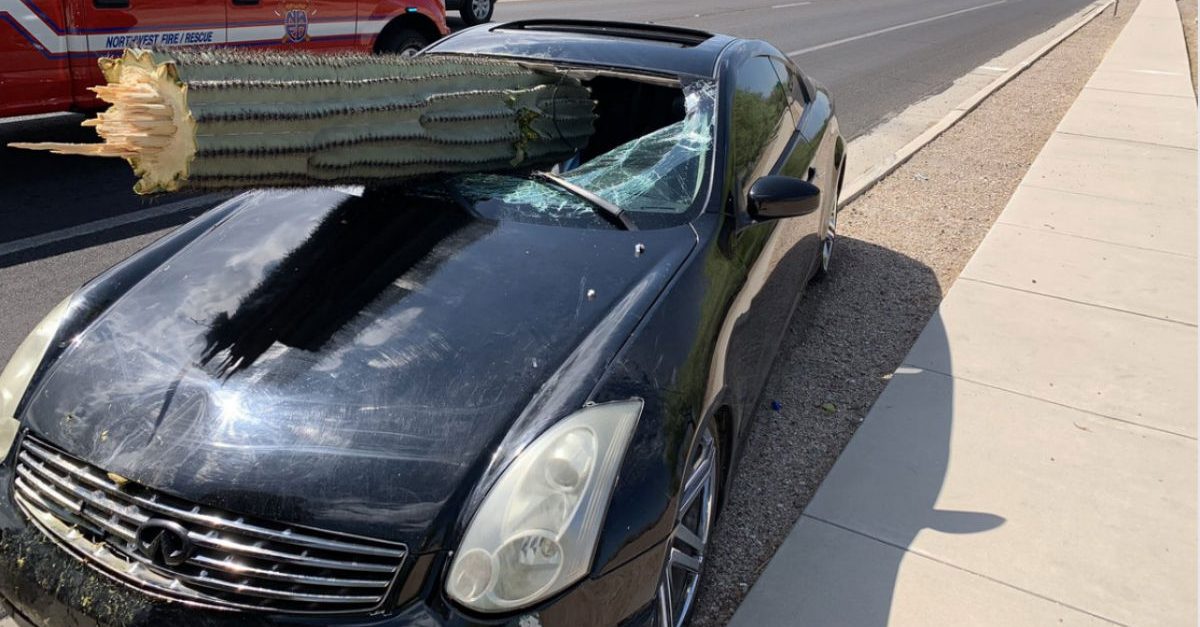 TUCSON, Ariz. (AP) — Arizona authorities say a driver escaped injury when his car’s windshield was pierced by the trunk of a saguaro cactus during a wreck Wednesday on the outskirts of Tucson.

Pima County sheriff’s Deputy Daniel Jelineo said the black sports car struck the cactus while crossing a median before ending up on the other side of a road and that the cactus ended up slamming into the car’s windshield.

The broken-off cactus ended up partially inside the car, with the rest jutting over car’s hood.

Jelineo said deputies detained the driver for further investigation after observing signs and symptoms of impairment.

A person driving a vehicle that hit a saguaro cactus has been taken into custody. Details today on .@KVOA #news4tucson #Tucson #TucsonArizona #Arizona pic.twitter.com/Kpoef4mdPG

Read More: Nothing Ruins a Drive Like a Ladder Smashing Through the Windshield