A Ford Dealership is paying out $150,000 after employees noticed something wasn’t right with their pay 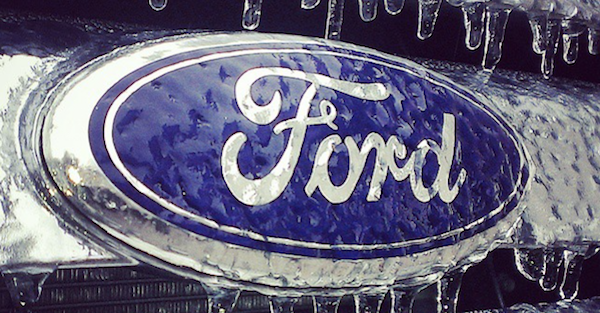 The lawsuit brought on by the U.S. Equal Employment Opportunity Commission was against Winner Ford in Cherry Hill, and the settlement amount was $150,000. According to the Philadelphia Inquirer, one of the affected employees, Ping Zhang, was paid only $12 an hour after five years of service. To put this into perspective, Winner Ford was hiring non-Chinese technicians, with no prior experience, at $13 an hour to do the same work. To add insult to injury, Ping came into Winner Ford with experience working on vehicle’s electrical systems, and was only granted a $9 an hour starting pay.

The EEOC alleges that Winner Ford has been paying Chinese emergency-accessory installation technicians a lower wage as far back as 2010. The EEOC said this last week:

After Zhang complained, the lawsuit claims, he was brought to upper management “who cursed him and threatened that if he sought legal advice, he’d be out of a job.”

Last week, the dealership agreed to pay out $150,00 in backpay to eight Chinese emergency-accessories installation technicians, but admits no wrongdoing. An attorney for Winner Ford did respond to a request for comment from Jalopnik, and had this to add:

The Consent Decree Enter and Signed by the Court and Winner on 11-21-2017 states the following:

1. The EEOC and the Defendant (Winner) desire to resolve this action without the time and expense of continued litigation, and a desire to formulate a plan, to be embodied in a Decree, that will resolve the EEOC’s claims and promote and effectuate the purpose of Title VII.

2. It is understood and agreed by the parties (EEOC and Winner) that there is no admission of or finding of liability on the part of Winner for the conduct alleged in EEOC’s Complaint.

1 and 2 are in the Consent Decree. Winner did not agree with the complaint or any alleged allegations in the Complaint. However an agreement to avoid the cost and time involved with continuing litigation was agreed between the EEOC and Winner.