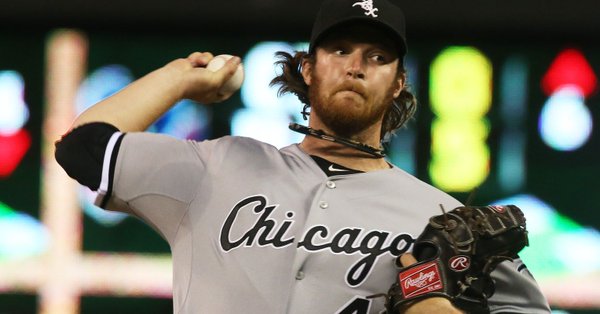 Daniel Webb, a former major leaguer who last pitched for the Chicago White Sox, died when an ATV he was riding rolled over on his farm. He was 28.

The accident occurred in Humphreys County (Tenn.) according to the Chicago Sun Times.
According to WKRN.com, Webb had been married just a few weeks earlier. He was riding the ATV with his wife and two others in the woods on his farm when the ATV hit an object and the ATV rolled over. the TV station reported that Webb broke his neck in the crash. The other riders, including his wife, were all hospitalized.
Tennessee is a hot bed for ATV riding, but it’s also among he nation’s leaders in ATV deaths. According to the Consumer Product Safety Commission, ranks No. 7 in the nation in ATV deaths since the agency started keeping statistics in 1982. Tennessee’s 556 deaths ranks just behind Tennessee.
Webb pitched in parts of four major league seasons, from 2013-2016. His best year was in 2014, when he pitched 67 innings in relief, struck out 58, and went 6-5. Webb only pitched one game in 2016 before undergoing Tommy John surgery. The White Sox released him in November, 2016.
In a statement, the White Sox said, ?Daniel left many friends within the Chicago White Sox organization and we are all shocked and stunned by the news. He was a terrific young man with a full life ahead of him.?
For his career, Webb was 7-5 with a 4.50 ERA.
Advertisement