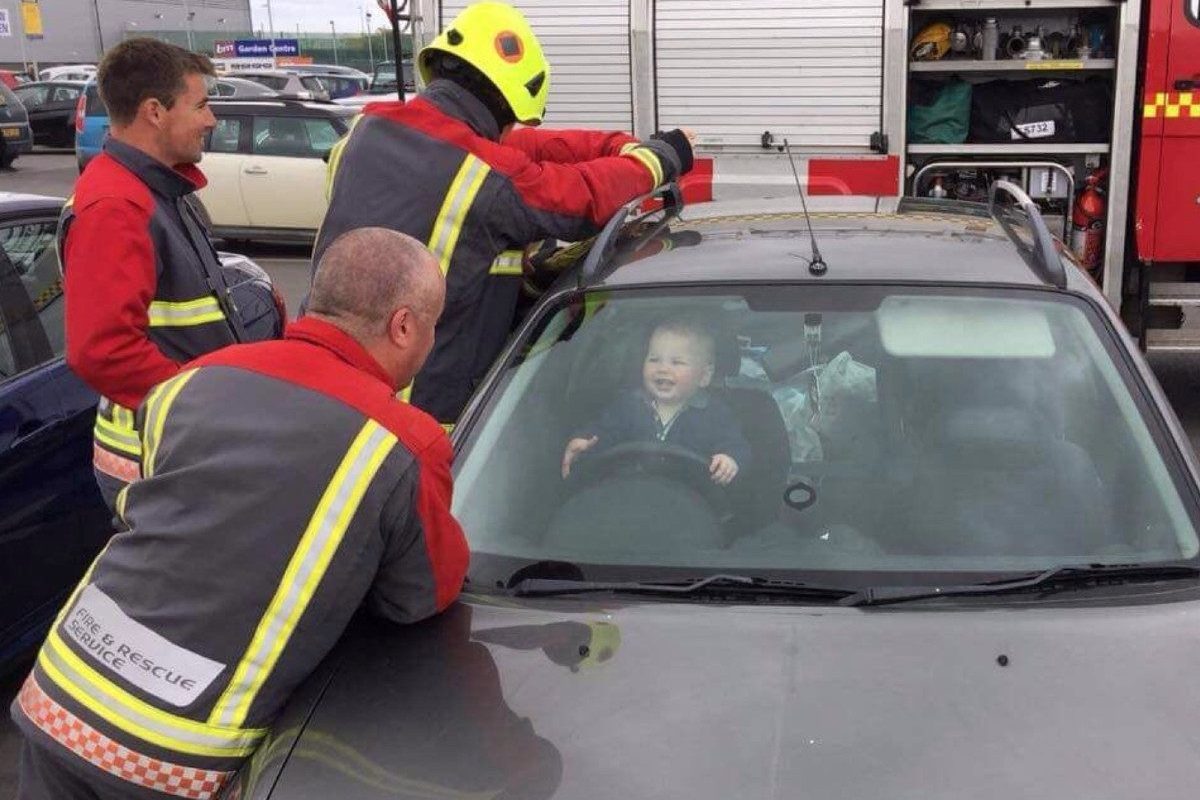 Stories about kids being locked in cars usually end in heartbreak and more questions than answers. We’ve all heard how hot it can get in a locked car, and how quickly the situation can become dangerous. Don’t worry. This story ends on a happy note.

Fortunately, Brandon Green of Cornwall, England not only locked himself in the car, but had the best day ever after doing so.

Typically, you hear tales of parents leaving behind a sleeping child to grab “just one thing,” followed by tragedy. This isn’t one of those stories. Brandon’s mother Kirsty was wrapping up her shopping trip, placing Brandon in the backseat of her car while she loaded her groceries in the trunk.

In one of those “we’ve all done it” moves, Kirsty’s keys fell into the trunk, and she shut the lid, locking the keys inside. If you haven’t done this yet, just wait. It’s a pretty classic move. The solution is to open a car door and open the trunk with the manual release inside.

Unless, of course, you have a toddler in your backseat.

According to the Huffington Post, Brandon seized a moment of opportunity and locked himself inside the car by pressing on the automatic lock mechanism. Firefighters were called and entertained the happy toddler while they worked to gain access to the car. When they noticed the child had a coin in his mouth that could potentially choke him, the car’s back window was shattered to free the child more quickly.

This is a picture from yesterday's shout. You can see that our WM is a natural; keeping the infant entertained whilst crews gained entry. pic.twitter.com/mMB5MYtp5Z

Brandon’s story does bring up some good questions. With intelligent vehicle locking technology, like Phone As Key and Hands Free Liftgates becoming more prevalent as a standard feature, will it be harder for babies to steal cars?