Keselowski’s concerns about Ford’s performance get some support 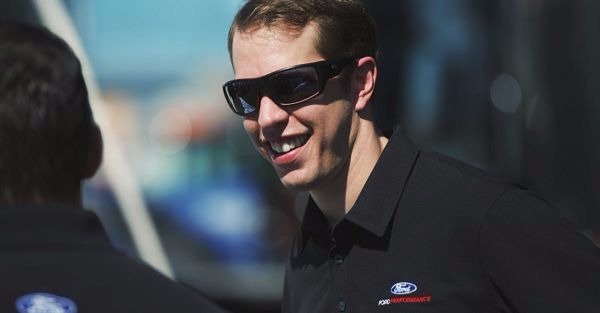 After finishing seventh in the season finale at Homestead, Brad Keselowski made waves when he essentially stated that Ford and Chevy had zero chance to win the title this year after the Toyota Camry stock car was redesigned prior to the start of the season.

“When that car rolled out at Daytona, and I think we all got to see it for the first time, I think there was two reactions,” Keselowski said, according to Autoweek.com. “One, we couldn’t believe NASCAR approved it; and two, we were impressed by the design team over there.

“You know, with that said, I don’t think anyone ever had a shot this year the second that thing got put on the race track and approved. It kind of felt like Formula 1, where you had one car that made it through the gates, heads and tails above everyone and your hands are tied because you’re not allowed to do anything to the cars in those categories that NASCAR approves to really catch up.”

With Chevrolet set to bring an all-new Camaro ZL1 race car next year to Daytona, that means Ford will likely be at a disadvantage again in 2018, as the Blue Oval has not revealed any plans to introduce an updated version of its Fusion stock car.

While some racing fans simply dismissed Keselowski’s comments as mere complaints from a driver who recently lost out on the championship, a few racing analysts have echoed Keselowski’s concerns there could be an unequal balance of power among manufactures next year.

Each week on ESPN.com, several racing analysts answer a series of a questions revolving around NASCAR. As you might have already guessed, one of the questions this week centered on Keselowski’s comments that Ford could take a “drubbing” in 2018.

While Ricky Craven and Sam McGee of ESPN both agreed that Ford has its work cut out for it next season, veteran analyst Bob Pockrass offered a more in-depth answer.

“The rules, and rule enforcement, seem to change throughout a year,” Pockrass said. “But the front of the new Camaro for NASCAR Cup seems to incorporate many of the elements of the new Camry, so Ford drivers certainly should have reason to worry.”

Likewise, Matt Willis agreed that Ford drivers have a right to be concerned about the competitiveness of their cars.

“The season certainly didn’t end on an upswing for Ford,” Wllis said. “Sure, it won 10 races, but only three of those were in July or later, and two of those were on restrictor-plate tracks.”

Keselowski led all Ford drivers with three victories in 2017.

Video: All Keselowski’s wins in the Cup Series