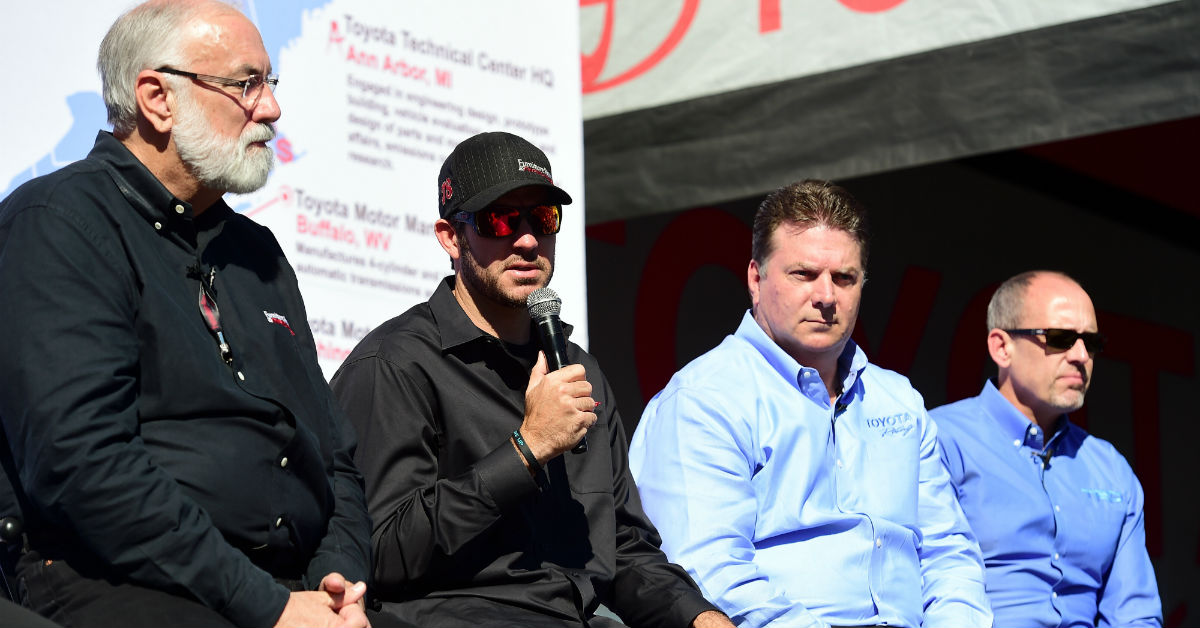 As the Furniture Row Racing teams goes into Phoenix, it will now have more than a championship on its mind.

It will also have team owner Barney Visser in its thoughts.

Visser suffered a heart attack Saturday night and underwent bypass surgery. It was successful, but he’s still in the hospital but hopes to be released next week. Still, he’ll need time to recover, so he won’t travel to either of the final two races in Phoenix and Homestead.

The announcement said Visser hadn’t been feeling well and was experiencing numbness when he decided to go to the hospital.

?It?s a chance of a lifetime to be in position to win the NASCAR Cup Series championship,?  Visser said. ?I hope to be in touch with Martin (Truex Jr) and Cole (Pearn, crew chief) leading up to Homestead and participate without too much excitement.?