All-Season Tires vs. Winter Tires: Which Make for the Better Investment? 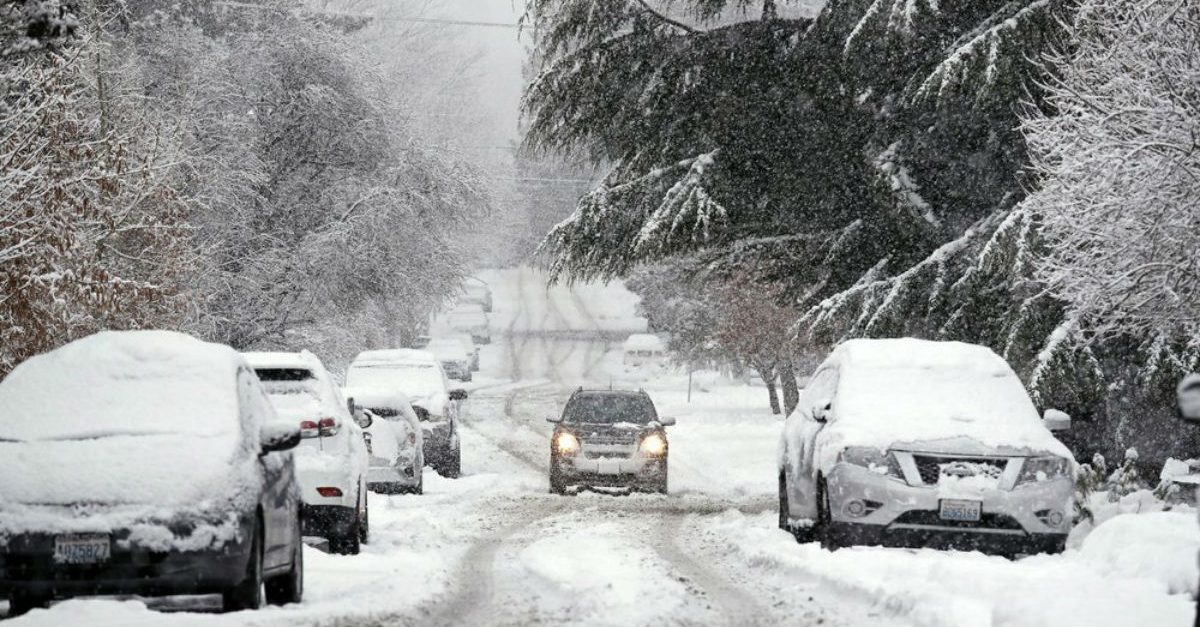 DETROIT (AP) — With the eastern two-thirds of the U.S. shivering through an early blast of arctic air, it’s time to start thinking about whether your car’s tires will get you safely through the winter.

The reason, according to Pirelli, is that the rubber compound of winter tires is designed to stay soft below 44 degrees, improving the ability to grip the road, shortening stopping distances and handling better.

WATCH: Which Snow Tire Is Best for Winter Conditions?

Ian Coke, chief technical officer for Pirelli North America, said the need for winter tires depends on how long it stays below 44 and whether it’s that cold when you’re driving. As temperatures drop to 44 or lower, non-winter tires will get stiffer, cutting tread traction and increasing stopping distance, Coke said.

“The tires are the only four points of the car that touch the road,” he said. “It’s a safety critical item. We want to make people aware of how to get the best out of their tires.”

Read More: How to Protect Your Truck From Snow, Slush, and Icy Conditions This Winter Season

Winter tires, he said, make your car safer not just for you, but for other drivers and pedestrians who may be along the road.

In about two-thirds of the U.S., the temperature drops to 44 degrees or below at least 130 days per year, according to data from Brian Brettschneider, a research associate at the University of Alaska Fairbanks. States normally known for moderate climates including northern sections of Georgia, South Carolina and Alabama, much of California, and parts of southern Arizona see 44 degree lows from 130 to 170 days annually. Parts of the Florida panhandle get at least 90 days per year with 44 degree or lower temperatures, according to a map that Brettschneider created based on the data.

European tiremakers have portrayed temperatures in the low 40s Fahrenheit (4 to 7 degrees Celsius) as a “hard line” where winter tires are a must, but with some all-season tires, that’s not necessarily correct, said Woody Rogers, director of tire product information for Tire Rack, an online tire store in South Bend, Indiana, that does tire testing. “I think in reality, in practicality, it’s more a gray area transition than a hard line,” Rogers said.

Some all-season tires can get stiff when it gets cold, but many can grab the road well into the 30s (4 above to 1 below zero Celsius), he said. “All all-season tires are not created equal,” said Rogers.

Some tiremakers have created another category of tire called all-weather, and they’ve been able to stamp on the sidewalls a symbol with a snowflake and three mountain peaks indicating the tires work well in winter. To use that symbol, tiremakers have to meet an industry standard of performing at least 10% better than a reference tire, Rogers said. But he said many winter tires outperform the reference tire by 25% to 30%.

“For sure, winter tires do provide a commanding advantage on snow and ice,” said Gene Petersen, tire program manager for Consumer Reports.

Winter tires for a Toyota RAV4, a top-selling small SUV, run from about $125 to $162 each at Tire Rack. All-season tires are cheaper, starting as low as $96.

Experts say to determine if your tires have enough tread depth for winter, stick a quarter into the grooves at several spots with George Washington’s head upside down. If you can see the top of Washington’s hair, you have 4/32 of an inch (3.2 millimeters) of tread, or less. That means it’s about time to replace your tires.

Read More: There’s a Difference Between Winter and Summer tires, and It All Has to Do With Tread Pattern, Better Traction