Hall of Fame team announces it is leaving professional racing 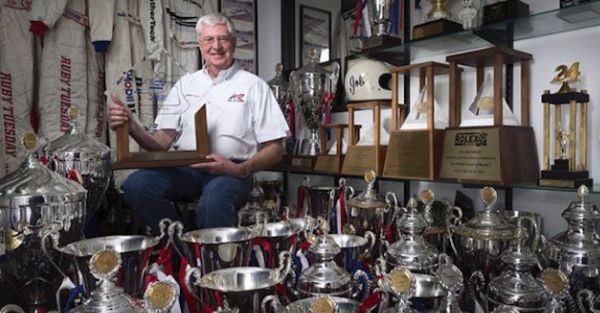 In the past year, Alex Job Racing spent time participating in the IMSA Porsche GT3 Cup Challenge USA and competed in the IMSA WeatherTech SportsCar Championship for part of the season, but that could be the last you hear from Alex Job Racing after the company announced its stepping away from professional racing to focus on its historic restoration business.

?We have had a great run in professional racing,? said team owner Alex Job, according to Sportscar365.com. ?Together with my wife Holly we built a close-knit racing team from basically our garage at home.

?We went from running a Porsche 911 in SCCA enduro to winning the 12 hours of Sebring race ten times as both a Porsche factory team and independent operation.

?A great line-up of drivers has driven our cars to wins at Le Mans and Daytona all backed-up by a great team of mechanics who really became our extended family over the years.?

In total, Alex Job Racing fielded competitive race cars for 28 years, picking up class wins in both the 24 Hours of Le Mans and Rolex 24 at Daytona twice, each. What’s even more impressive is Alex Job Racing grabbed 10 class wins in the Mobil 1 Twelve Hours of Sebring, which was enough to be inducted into the Sebring Hall of Fame back in 2016.

With Alex Job Racing’s recent announcement that it’s leaving professional competition, that means the company will shift its focus to its historic restoration business and it sounds there are plenty of jobs lined up already.

“We have a few projects that are underway, and I have a dedicated staff of people who want to continue to rebuild the past,” Job said. “I am proud of the restorations we have completed so far.

“It is rewarding to see the transformation of the cars when they arrive in our shop and we restore them, and then the reaction from the owner when we deliver them, fully restored and ready hit the track again.”