Chevy is taking aim at the big boys with the incredible Corvette ZR1, and the price tag proves it 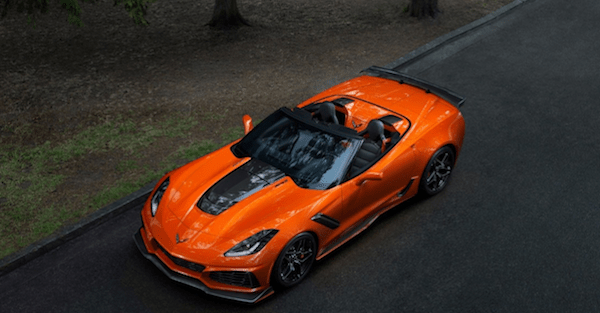 The one and only Corvette ZR1 is back, and this time Chevrolet is pulling out all the stops, and dropping some of the tops. Yes, that?s right, the new ZR1 will be available as a convertible, or a coupe with a removable targa top. You will also have a choice of a seven-speed manual, and an eight-speed automatic transmission. The coupe will have a top-speed of 212 mph, and for all the crazies out there, the convertible will go over 200 mph as well. The ZR1 will cover 60 mph in under 3 seconds, and quarter mile times will be in the ?high ten-second range,? when equipped with the automatic.

Mark Ruess, executive vice president, Global Product Development, Purchasing and Supply Chain for Chevrolet had this to say about the new, no compromise convertible:

?Few others can challenge the ZR1 convertible?s power and speed while offering the exhilaration of top-down motoring.?

There is only a 60-pound weight difference between the couple and convertible, and surprisingly no modifications were made to the chassis to increase stiffness and strength. Corvette Executive Chief Engineer Tadge Juechter, added this to Chevy?s official press release:

?The ZR1 convertible is a no-compromise supercar.?

?Thanks to the strong structure, the suspension tuning between coupe and convertible models is identical, meaning the ZR1 convertible offers the same benchmark performance, including a top speed of over 200 mph.?

Pricing for a coupe will start at $119,995 and $123,995 for the drop-top version. Production of the 2019 ZR1 starts next year, and Chevy plans on selling 2,000-3,000 units in North America and the Middle East. Expect a massive mark up on early models and let the horsepower wars continue on.