Watch the greatest motorcycle save in history 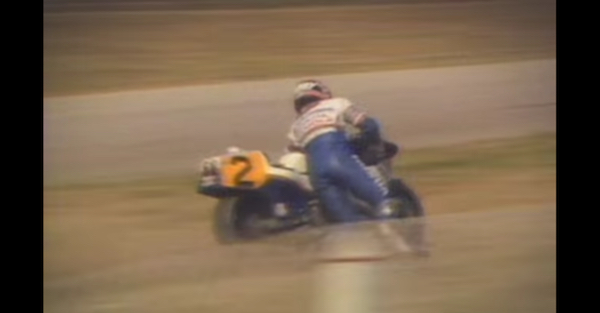 The 80’s was fraught with cultural and historic landmarks: the Mir Space Station, Run DMC’s “Walk This Way,” cocaine just drenching Wall Street, and it can also claim the most incredible motorcycle recovery ever.

The year is 1985, Bobby Socks! had just won the Eurovision Song Contest for Norway, and Randy Mamola was racing the Misano World Circuit during the 1985 San Marino Grand Prix, when he suddenly lost control of his bike.

Every motorcyclist knows that gut-wrenching moment of terror when you’re certain your face and the pavement are about to make sweet, sweet love. Fortunately, Mamola was birthed out of the union between a tiger shark and Alaric the Visigoth, because he wasted no time in flipping over the seat and taming his bike sidesaddle style.

No one will ever be as cool as Mamola leading his bike off the track like he’s wrangling a bull into submission.