Some Lucky Gearhead Owns the Iconic Harley Bike From “Terminator 2” 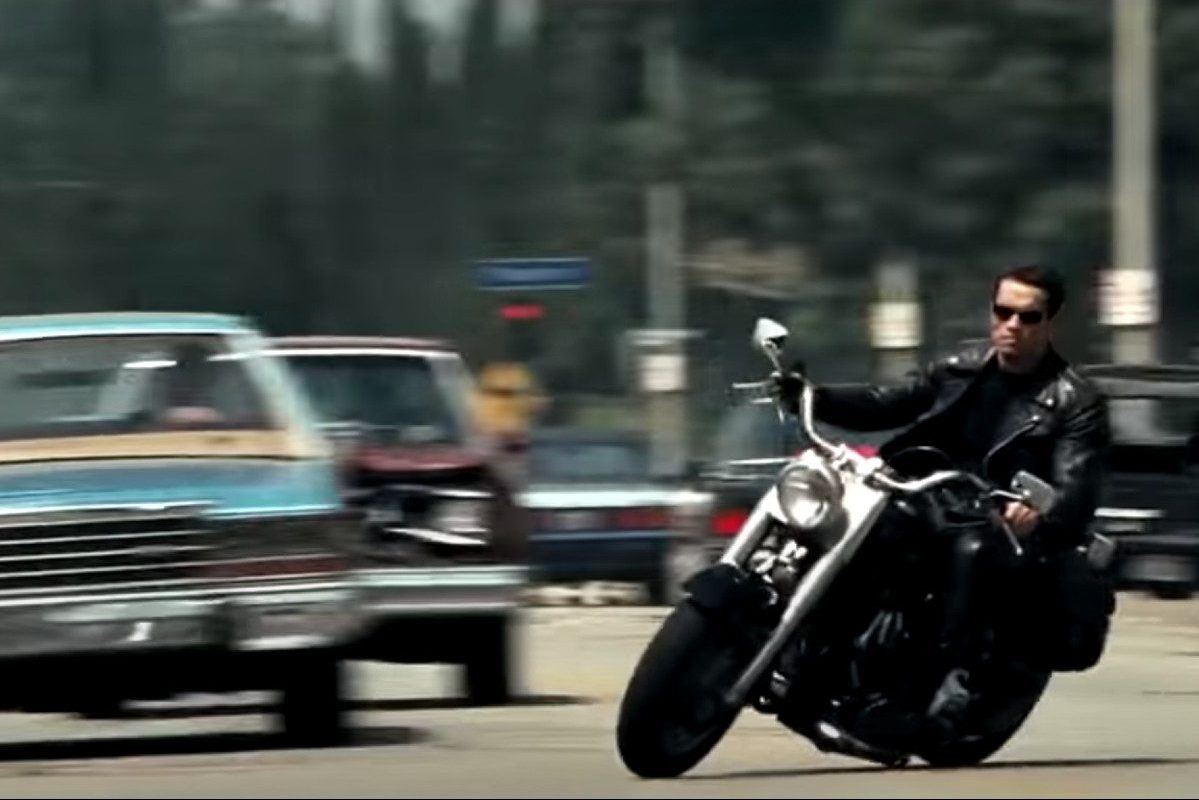 The Terminator franchise solidified Arnold Schwarzenegger as an all-time great action hero. He promised us he would be back, and we came together to enjoy his return every single time. Arnold’s got the work ethic of a machine, so the minds behind The Terminator were wise to cast him as one.

In the first film directed by James Cameron and produced by Carolco Pictures, Arnie plays a cyborg assassin known as a Terminator. He is sent from the future to kill Sarah Connor because of who her unborn son is destined to be. Her son John is the leader of the resistance against the evil A.I. organization Skynet in the future. Skynet plots to end the resistance before it ever starts by killing John Connor’s mother Sarah (Linda Hamilton), though she is eventually able to take the machine down.

In Terminator 2: Judgment Day, the roles are reversed, and Arnold becomes the hero. Arnold plays another Terminator sent by the resistance to defend John Connor (Edward Furlong) from a more advanced assassin (played by Robert Patrick), which is a liquid metal T-1000 sent by Skynet. As soon as Arnold arrives in the present time, he steals a Harley-Davidson Fat Boy for transportation. This motorcycle became iconic after the sci-fi box office hit’s stellar reception. Arnold and his stunt double, Matt McColm, gave audiences a sequel they would never forget.

The Harley-Davidson Fatboy From Terminator 2 Sold for Nearly $500K

In the movie, the Terminator chose the 1991 Harley-Davidson FLSTF Fatboy as the superior vehicle when scanning the vicinity for the best mode of transportation. The Terminator used the Fatboy to save John’s skin from pursuers as he rode his Honda XR dirtbike. This resulted in one of the best chase scenes in cinema history. Terminator 2: Judgment Day quickly made the Harley-Davidson Fatboy extremely desirable.

The Harley-Davidson motorcycle is still very valuable today, but you won’t find it at the Harley-Davidson museum in Milwaukee. In 2018, it sold at the auction house Profiles in History’s “Icons & Legends of Hollywood Auction” for $480,000. With just 392 miles on the odometer before its purchase, the motorbike had only been used by Arnold himself, making it tremendously valuable.

The Fatboy isn’t the only piece of T2 memorabilia that has sold for big bucks, either. Los Angeles’ favorite adopted son has had quite the run. This iconic Harley is a part of his journey to superstardom.