11 months after horrific wreck could have ended his career, racer comes back on the track and takes 4th 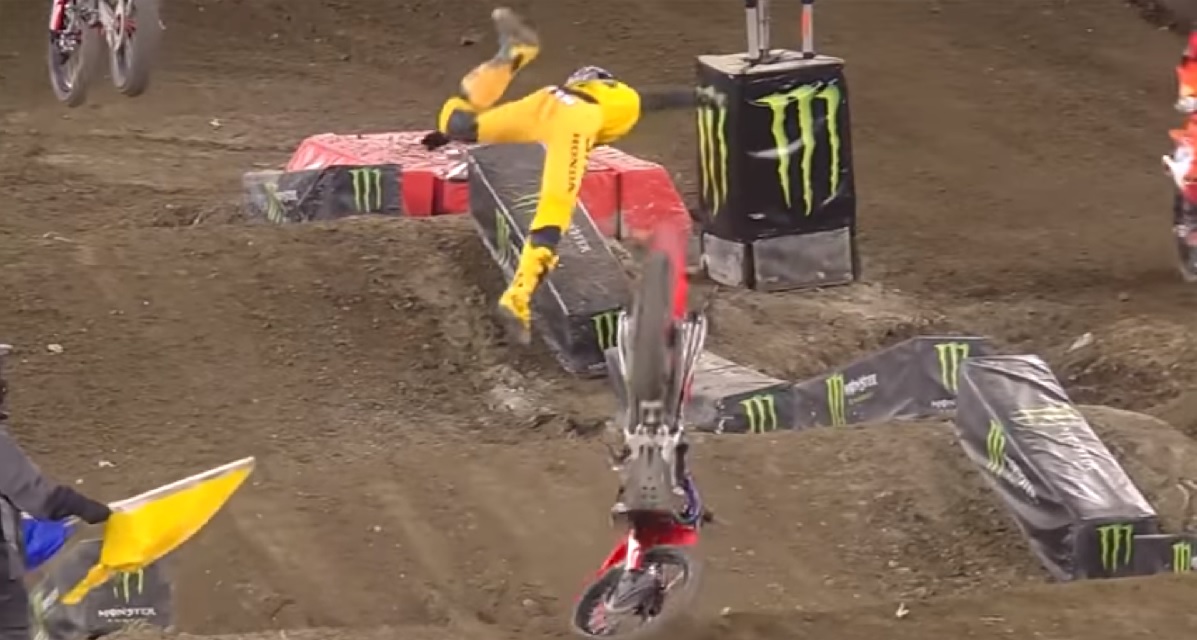 Ex·or·cise: to get rid of (something troublesome, menacing, or oppressive)

That’s the official definition of what Supercross Ken Roczen did on Saturday in Anaheim, although I doubt that’s what he called it. But in all respects, Roczen exorcised the demons of a year ago at the very site of what could have been a career-ending accident.

It was January 2017 at the opening round of the Monster Energy Supercross Championship when Roczen hit a bump and was tossed nearly 75 feet in the air. When he landed, his left arm took the brunt of it.

?The first thought that came to my mind was, ?there it goes?everything washed down the drain,?? said Roczen in a video produced by The Players Tribune.

It was as bad as he thought. In the video, Roczen describes the gruesome injury. As he details it, he was living with ?an open arm?.

?I have pictures of it where it was basically held together with a couple of rubber bands and like foil,? Roczen says on the video. ?I had a 102 fever and this thing was boiling up?and I just wanted to seriously just cut the arm off, that?s how bad it was.?

Several surgeries and rehab sessions later, Roczen put back on his armor and walked into Angel Stadium ready to resume his career. And where most riders would have been happy just to compete again, Roczen was critical of his 4th place finish.

“I should be happy for sure. I just got a bad start,” Roczen told Fox Sports. “I shuffled around in the back there a little bit, and definitely found my groove. But I’m a racer. I belong up there. I belong in the top three and winning, too.”

Still, it’s not lost on him what he’s gone through the last 11 months. He knows this was only the first step.

“It’s good to get the first one out of the way. It’s about being smart again,” said Roczen. “And fourth place is plenty good. There’s a lot of racing left. And I’m excited to be back with my team.”