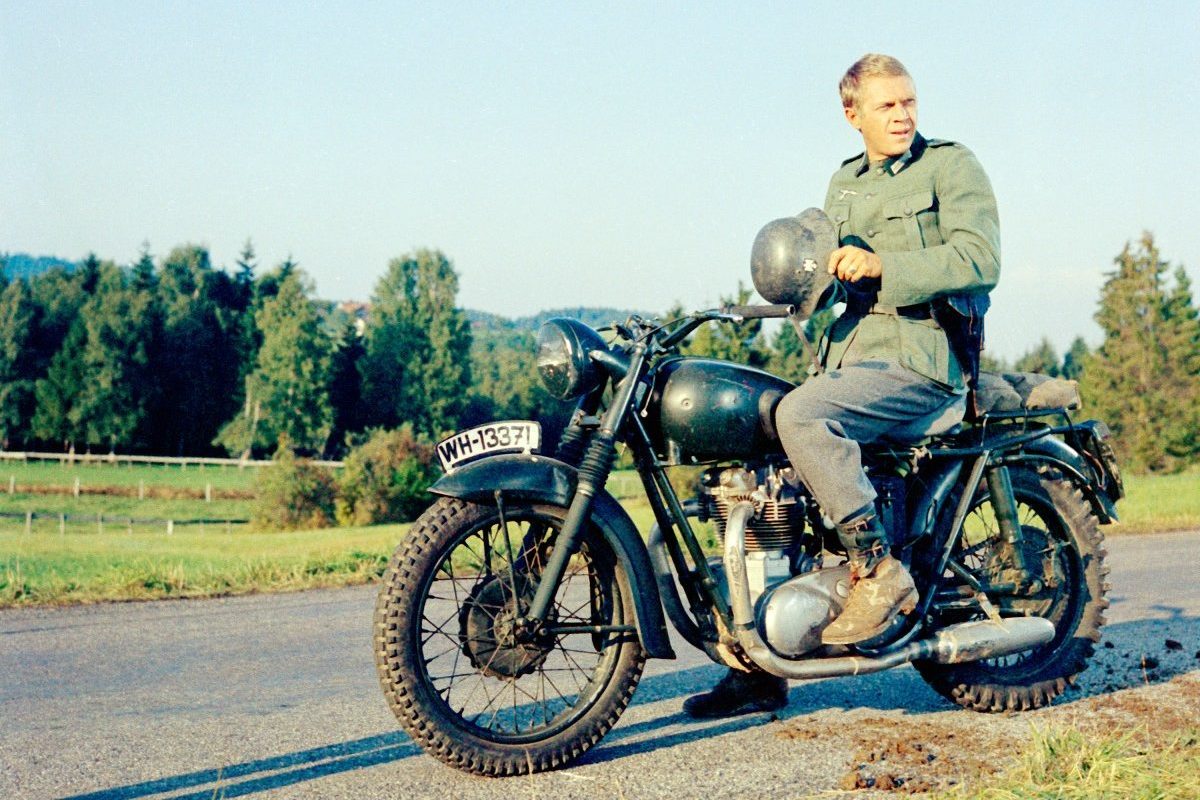 With a nickname like “The King of Cool,” Steve McQueen was pretty much required to have at least a few motorcycles in his garage.

That said, I’d almost consider the late movie star’s collection of over 200 motorcycles to be more of an obsession than just a hobby. It’s mind-blowing to see the variety of makes and models that McQueen had stored away.

Motocross dirt bikes, Harley-Davidsons, BMWs, Scramblers: McQueen had pretty much had everything you could think of.

Of course, since we can’t break down the motorcyclists entire collection, I had to pick out just a few to look at, and they’re about as iconic as the Hollywood legend himself.

The Scott Super Squirrel was one of the most technologically advanced bikes of its time when it first came out. Introduced in the time between World War I and II, it featured a liquid-cooled vertical twin two-stroke, and it oozed style from any angle. This model also had quite the impressive history in motorcycle racing.

Kenny Howard, a.k.a. “Von Dutch,” was granted the opportunity to restore the retro bike for McQueen. He put down a fresh coat of paint, and added some beautiful pinstriping to top it off. There was one mistake made, though. The front fender states the bike is a 1926 model, when it’s actually a 1929.

After owning the bike for a while, McQueen ended up gifting it back to Von Dutch before he passed. After that, it was sold to a collector in California. Years later in 2007, Tonny Sorensen, owner of the rights to Von Dutch, purchased the McQueen motorcycle from the auction block.

You may recognize this 650cc Triumph motorcycle from a little movie McQueen starred in called The Great Escape.

Now, the actual stuntman used for the classic scene featuring the Triumph was the legendary Bud Ekins, but the movie moment undoubtedly helped associate McQueen with Triumph motorcycles. Rocking its dark army green color, low handlebars, and rigid tires, the bike is up there with some of the greatest movie motorcycles in history.

Back in 2018 at the Chubb Insurance Concours d?Elégance in the United Kingdom, the actual movie bike was placed on public display for the first time. To say it drew a crowd would be an understatement. I know there are countless collectors and individuals who would have loved to get their hands on it.

McQueen owned a number of Huskies in his day, including a Husqvarna Viking 360. Though, the rise in popularity of McQueen’s Husqvarna 400 Cross can be attributed to the bike being featured in the film On Any Sunday.

McQueen was also featured on the cover of Sports Illustrated while riding shirtless on the 400 Cross through the Mojave Desert. McQueen was a racer without a doubt, and the Huskie gave him everything he needed to tear up the dunes.

The bike was agile and lightweight, and it largely contributed to the bloom of motocross bikes in the upcoming years. Since McQueen’s passing, the bike has been lightly reconditioned and put on display in Los Angeles, as well as various museums for the public to enjoy.