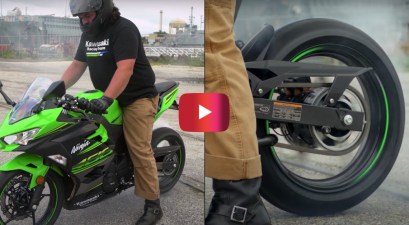 Biker Shows How to Do a Burnout 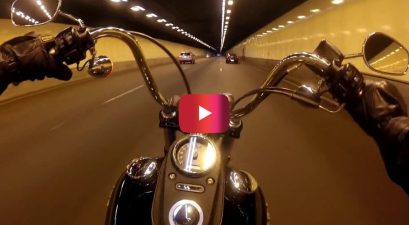 The Satisfying Sound of a Harley Bike in Action 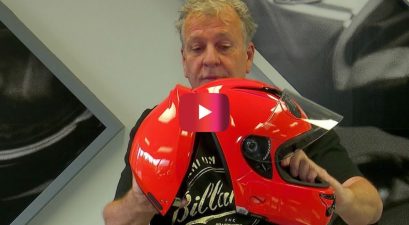 This Rear Access Motorcycle Helmet Is a Revolutionary Safety Product

If you’re going to crash, it’s never exactly ideal to do it in front of a huge crowd. Unfortunately for this guy, he forgot one of the most important rules when riding a motorcycle: Never grab a handful of the front brake. Riding through a big parade can be exciting, and it’s bound to increase your adrenaline, but you still have to stay alert.

This rider attempts to impress the crowd, revving his bike, and speeding through the narrow travel lane. As he takes off, he quickly realizes that he’s coming up on other riders very suddenly. Because of that, he panic brakes and pulls the front brake lever hard. The front wheel locks up, and it was game over from there. Both he and the bike fall and slide along the pavement. Of course, it had to be the massive muscular guy with no shirt on.

It’s actually kind of a shame to see this beautiful bike hit the ground. I can’t tell you exactly what it is, but it looks custom built and very expensive. Just look at how wide that rear tire is! The exhaust noise sounds like it’s definitely packing some power, as well. While the crowd was shocked at first, many of the bystanders lend a helping hand to the rider. They cheer for him as he finally gets back on the bike and rides off.

If you look closely, you’ll see he’s holding his helmet around his arm when he crashes. When he finally gets up and leaves, he wised up and actually started to wear it on his head. We all make mistakes, but hopefully he can learn from this one and avoid any other incidents in the future. With so many people around, it’s just a good thing that no one else was involved with this wreck.