The championship favorite could be undone by a lack of discipline 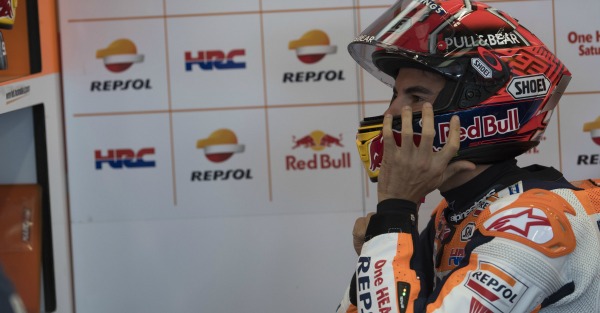 For all of his confidence, you would never guess Andrea Dovizioso is a handful of points behind the reigning MotoGP champion, Marc Marquez.

The title is coming down to the final race, as Honda?s Marquez and Ducati?s Dovizioso are separated by only 21 points with one race to go. To guarantee his second straight (and fourth overall) MotoGP championship, Marquez will need to finish 11th or higher.

Related: The reigning champion says he won’t need to use his teammate to clinch another title

Even though 11th place should be a walk in the park for a rider as talented as Marquez, Dovi thinks he has a good chance of taking the title as long as he takes care of his own business.

Per Autosport.com, Dovi thinks the Honda rider’s weakness is his lack of discipline.

“He is very good and knows how to handle these situations [title showdowns] well,” Dovizioso said. “It is also true that when he sees an opportunity, he struggles to restrain himself, and then an error can always happen. But talking about his mistakes makes no sense. Our strategy is to try and win the race.”

He’s not wrong, as Marquez himself will tell you.

Considering multiple Marquez DNF’s are the main reason the championship is so close, Dovizioso is probably right when he says:

“Maybe us winning is less likely than Marquez retiring.”