Man who made classic motorcycle documentary has sadly passed away 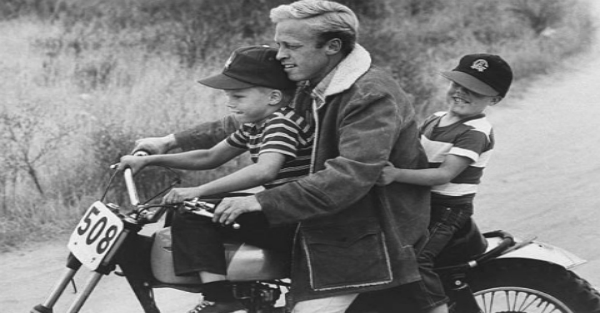 In the past there was a stigma that went along with motorcycles and those who ride them — you could argue there still is — but when a documentary was released in 1972 it helped to ease that stigma.

Bruce Brown filmed “On Any Sunday” in 1974, and he wanted to let people see motorcycles in all their glory. Unfortunately, Brown passed away in his sleep, his family announced in a statement:  Today our friend, partner, mentor, filmmaker and father peacefully passed away in Santa Barbara. He was 80 years old.

RELATED: This is how they explained differential steering in 1937

Brown rose to fame after the release of his film “Endless Summer.” The film chronicled the adventures of two surfers, traveling the world “in search of the perfect wave.” He was also a fan of motorcycles and wanted to make a film about them. Even with a successful film under his belt, Brown knew it would be difficult to get help financing a project about motorcycles, according to autoweek.com. He sought out the help of fellow rider, Steve McQueen and the rest is history.

“I talked to a few folks and knew that Steve McQueen was a rider,” Brown said. “Even though I’d never met him, I set up a meeting to talk about doing “On Any Sunday.”

Brown said the two talked about the concept of the film, which McQueen really liked. When McQueen asked Brown what he wanted him to do in the film, Brown told him he wanted McQueen to finance it.

“He laughed and told me he acted in films, he didn’t finance them,” Brown said. “I then jokingly told him, ‘Alright, then, you can’t be in the movie.'”

“The next day after the meeting, I got a call and it was McQueen,” added Brown. “He told me to go ahead and get the ball rolling with movie, he’d back it.”

Not only did the film showcase motorcycles, but it also showcased various styles of motorcycle racing, Many racers credited the film with helping their careers

The film was nominated for an Academy Award for Documentary Feature in 1972.