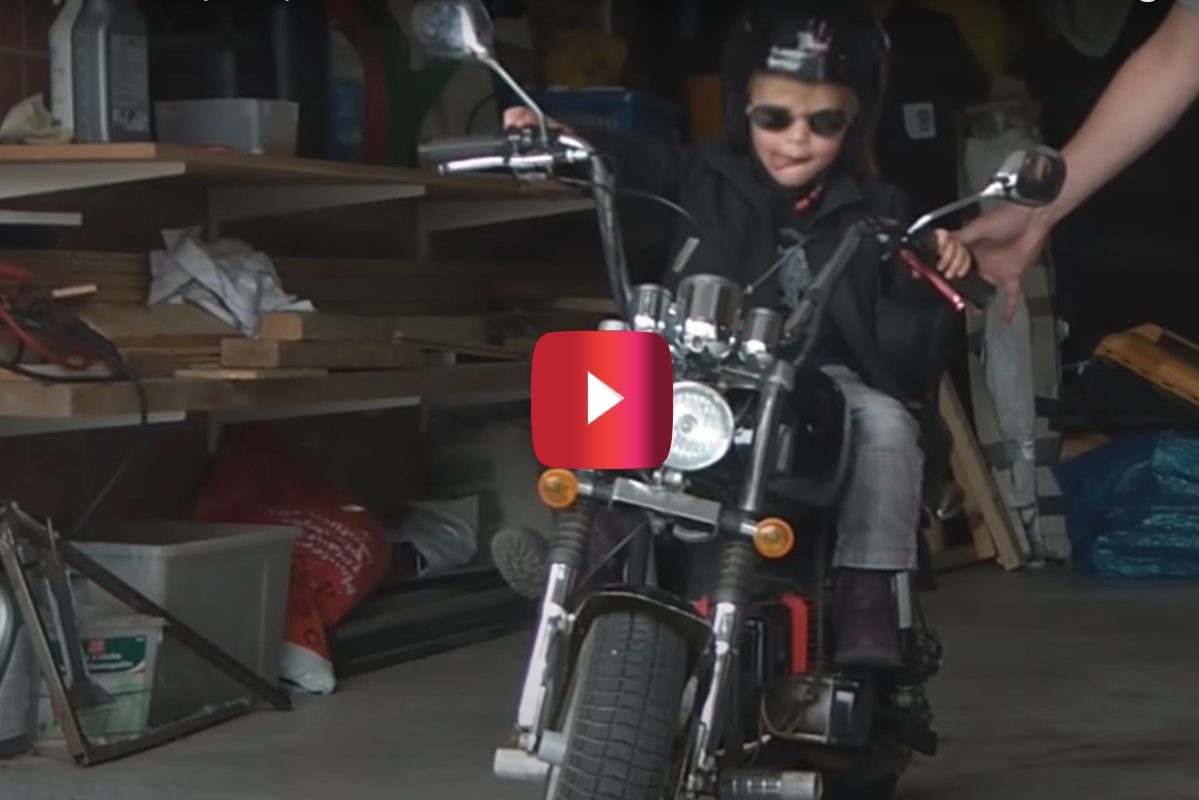 Harley-Davidson is about as American as a company can get. The motorcycle company has made a huge impact on motorcycle culture and remains one of the biggest names in the industry after a century. Beyond being an amazing, quality motorcycle manufacturer, it has also made amazing strides in branding.

Due to its massive impact, the company has sold millions of t-shirts, mugs, and other branded items. Harley is known to folks young and old who have never touched a motorcycle. Check out just how impactful the brand has become on America’s youth in the video below.

Two-year-old Leia is born to be wild, and it shows. Unlike the rest of the kids who depend on their parents to get to and from daycare, Leia goes where the wind takes her on her mini Harley. Just kidding, it’s all just a gag set up by her dad and fellow biker. Still, this little biker in training has clearly spent a lot of time on the bike with dad.

Leia could go on to be a biker, motorcycle enthusiast, or never get on a bike again in adulthood. Either way, Harley Davidson has impacted her childhood because of her father’s love for the company. Now, Harley Davidson will always be synonymous with motorcycles when Leia sees or thinks about them. How does a brand that old still have that much of an effect on people?

Harley-Davidson’s high-quality bikes are all assembled with care in America. Every bike has a story behind its design, and every biker has made fond memories of their many models. Harley Davidson has staying power because it has set the bar for excellence as an American motorcycle manufacturer. It’s very unlikely that Leia will forget her first Harley. Who knows, it may not be her last if dad has anything to say about it.