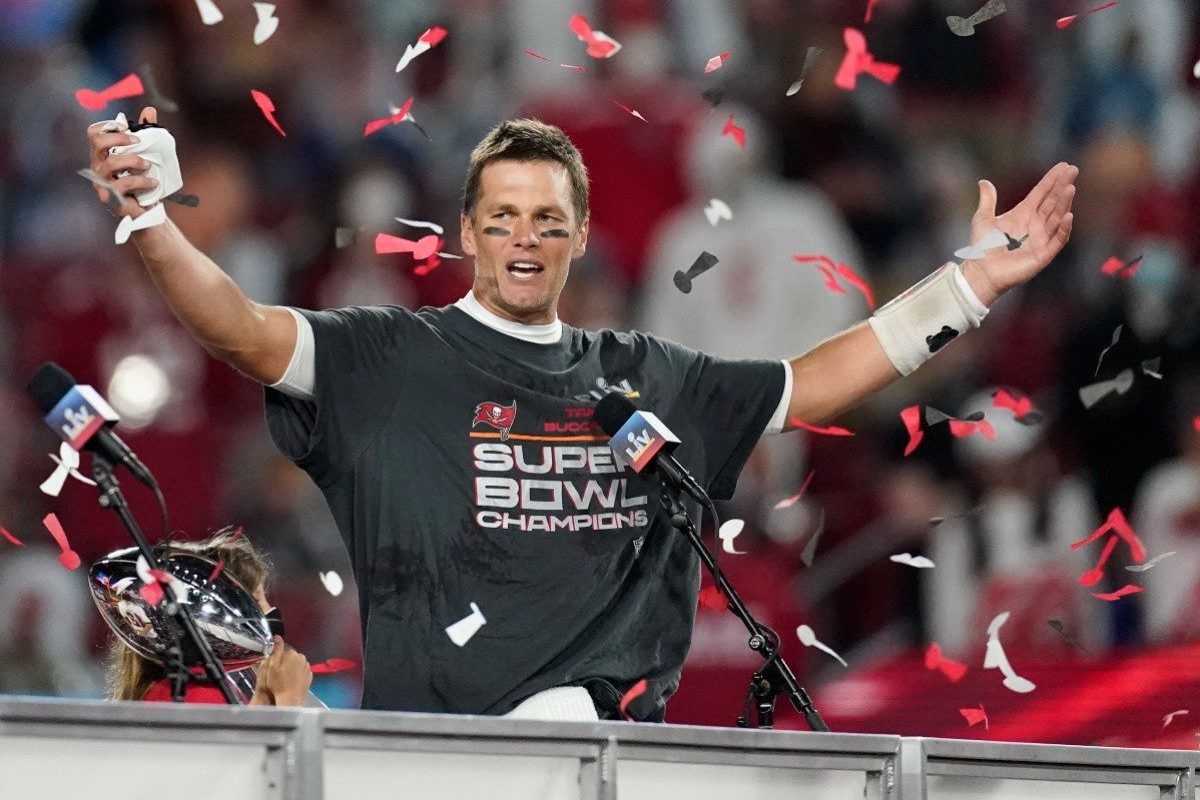 You know all about Tom Brady. The guy who has played in nine Super Bowls and won seven of them? The Tom Brady guy who used to play for the New England Patriots and then did a super-surprise switcheroo to become the Tampa Bay Buccaneers quarterback?

You know, Tom Brady. The guy who won a Lombardi Trophy after Super Bowl LV, and tossed it from the back of his $2 million Wajer 55s boat during the Buc’s aquatic celebratory Super Bowl parade? Fear not — the famous boat parade pass was complete to tight end Cameron Brate. Davy Jones will have to look for another Lombardi opportunity.

But, it appears that yachts are about to be a big part of Brady’s life, especially once news of his latest investment broke.

In a video for Wajer yachts, Tom Brady explains how he became a boat guy after his move to Florida. “I live right on this beautiful bay ? Old Hillsborough Bay ? and the first thing I did when I got here was say, ?I need a boat. I gotta be able to get out on this beautiful water,'” he states.

This is understandable. After all, Tampa and Boston enjoy very different types of weather, and what better way to appreciate the natural resources of Florida than with a new boat?

With his current Wajer 55S, the seven-time Super Bowl champion and his family, including supermodel Gisele Bündchen, their two children, and Brady’s son from a previous relationship, enjoy trips to the Bahamas.

Still, they’re in need of more room for all of the weekend trips and long vacations they take, exploring the seas off the shores of Florida. Given how smitten Brady is with his Wajer 55S, called Viva a Vida, his first call was to the famed Dutch shipbuilder.

Dries Wajer gave the famed football player a few options for his new yacht, but the QB settled on the Wajer 77 yacht for his final choice. Unfortunately, Brady had to wait a bit for his new Wajer to be built, but the big boat will be taking the Bradys on voyages very soon.

Brady’s new investment is estimated to cost around $6 million.

According to the specs, the new yacht has the ability to sleep up to nine travelers in its four private cabins with en suite bathrooms. It has a range of 400 nautical miles, and is completely tricked out with the best of the best. That means a separate sleeping area for the crew, skylights, private coffee bar, soundproofing, and a pristine white-and-LED interior that wouldn’t look out of place on a spaceship.

While a Wajer 77 is out of scope for many of us, it’s pretty good day dream fodder. Imagine floating through paradise, on clear blue waters, while dolphins leap majestically beside your superyacht. That’s actual dolphins, of course. Not the Miami NFL team kind.