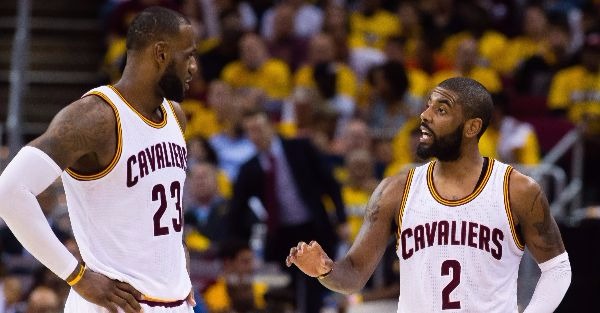 NBA superstar Kyrie Irving has had quite an offseason. Since losing the Finals rubber match to the Golden State Warriors, the Cavaliers have been in turmoil, culminating with a trade request by Irving. The ugly saga finally came to an end with a trade to the Boston Celtics.

Now in Boston, Irving hopes to have a fresh start out from under Lebron James’ shadow. It hasn’t gotten off to a good start.

The Boston Globe reports that Irving was driving through Boston on the way to a meeting with his new coach when his Jeep stalled and stranded him outside of Bentley University. Irving was picked up by an equipment manager and also noted that Bostonians were surprisingly helpful, stopping to help him despite the rain.

The real story here, though, is how Irving got stranded in the first place. He put the wrong kind of gas in the car.

As fun as it is to point and laugh at a multi-millionaire not knowing something as simple as how to put the correct fuel in the car, we can’t fully blame Irving for this one. The Jeep had recently had modifications done at a shop, and apparently Irving wasn’t aware that his Jeep would no longer run on the regular gasoline he was used to. Whether an aggressive tune now requires premium, or if the shop went as far as putting in a whole new (Diesel maybe?) engine in the car like the Boston Globe suggests, the shop should have made it very clear that Irving would have to put in the correct fuel.

Hopefully nothing was damaged and his Jeep just needs some octane boost. Because that was not the kind of introduction to Boston’s fans Irving was hoping for.

Related: There’s only one truck big enough to be Shaq’s daily driver