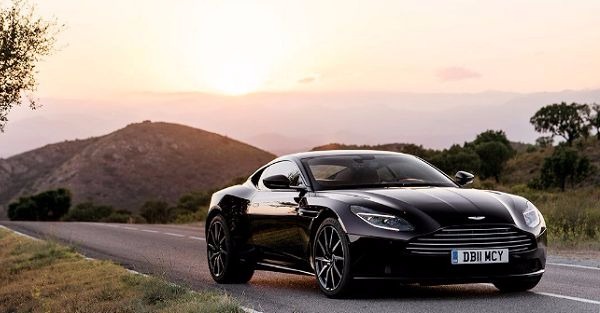 There were a number of high-end automobiles released this year in the United States. Cars such as the all-new Ford GT, Corvette Grand Sport, and Camaro ZL1 have turned heads all over the country, but none of these cars were voted the Most Beautiful Car in the World at the highly-esteemed Golden Steering Wheel Awards.

This prestigious award is given out by Germany’s Auto Bild, after the winner is voted on by a group of European journalists, racers, designers, engineers, and celebrities. Out of the 20 vehicles up for the award, only one could win and judges decided that car is the Aston Martin DB11, according to Cars UK.

In addition to the car’s sleek curves and attention-grabbing headlights, the Aston Martin DB11 is available with a twin-turbocharged V12 engine that’s good for 600 horsepower and 514 lb-ft of torque. With that type of power under the hood, it might not surprise many people the DB11 can accelerate from 0 to 60 mph in 3.6 seconds and reach a top speed of 200 mph.

The President and CEO of Aston Martin, Dr. Andy Palmer, was in attendance at the awards ceremony at the Axel Springer SE headquarters in Berlin to accept the Most Beautiful Car Award on behalf of the British automaker.

?We aspire to make the most beautiful cars in the world and are incredibly proud of the Aston Martin DB11, a car that spearheads our Second Century plan,” Palmer said after the ceremony, according to conceptcarz.com. “Exceptional design runs through the bloodline of the DB models and every part of the DB11 is crafted to create the most beautiful DB to date. To receive the award for ?Most Beautiful Car? is testament to the skill and dedication of the designers and employees of Aston Martin who work tirelessly to combine exceptional design with the latest technology.?