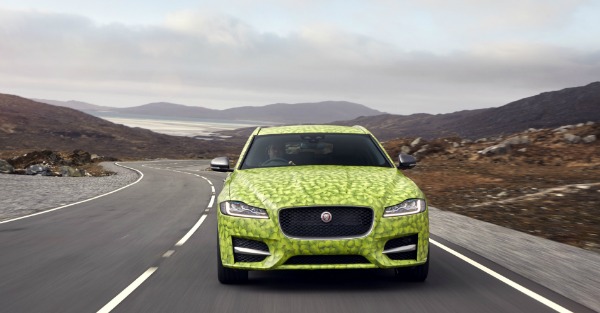 Americans usually get the short end of the stick when it comes to wagons. Station wagons in general are not very popular here and a proper two door shooting brake is unheard of. While true shooting brakes will still be relegated to aftermarket kits tacked onto coupes, the performance-focused four door wagon is making a huge comeback. Jaguar is ready to have their own entry in the wagon-resurrection market with the XF Sportbrake, and we get to witness the reveal live.

World number one and two-time Wimbledon champion Sir Andy Murray will bring a taste of the iconic tournament to London on Wednesday 14th June, with Official Wimbledon partner Jaguar

Jaguar will unveil its new dynamic estate  – the New XF Sportbrake at the special event, which will allow tennis fans to watch Andy warm up for the Championship as he prepares to defend his Wimbledon title and world number one ranking.

Andy will be joined on the day by a few celebrity tennis fans and some other stars of the sporting world.