THIS is what makes SUPER trucks so cool 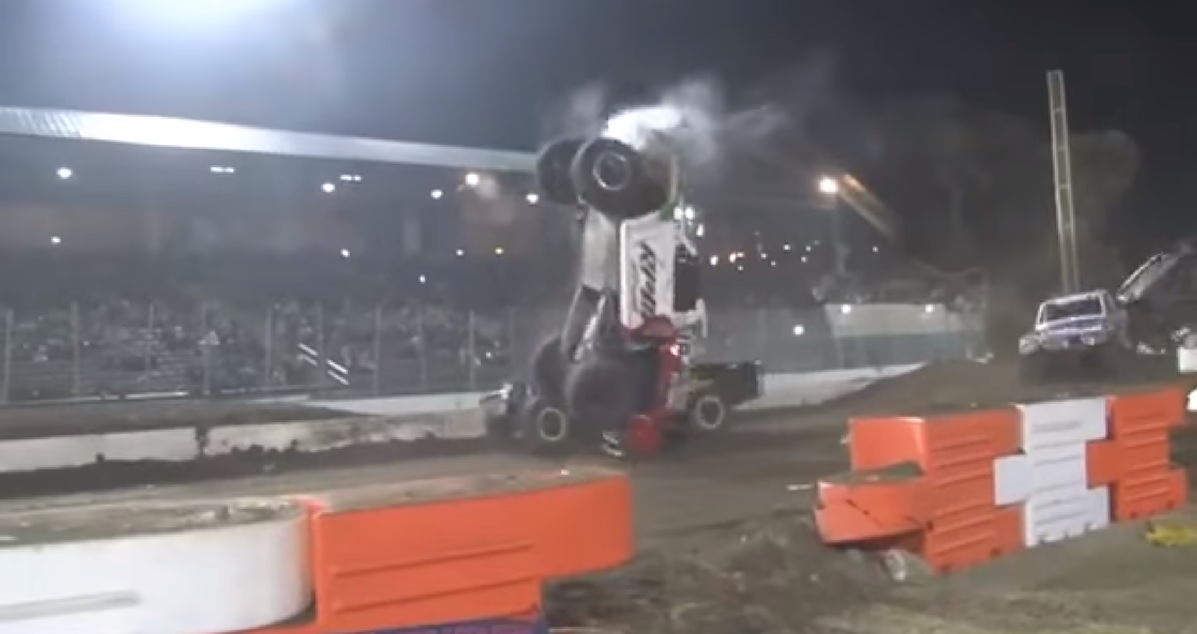 If you’ve never allowed yourself to watch a Stadium SUPER Trucks race, then just sit back and take in a spectacle like none other in racing.

The video posted to YouTube is insane, especially when you get to the 10:38 mark. These trucks are flying, literally, but Apdaly Lopez took it further. As he hit a bump, Lopez’s #19 truck did a nose-over-end cartwheel, landed on his wheels, and kept going.

You have to watch it a few times to really appreciate what just happened. The truck held together and Lopez kept his senses about him to gas it as soon as he had traction again. Lopez finished the race in 11th but has to be #1 for that maneuver.