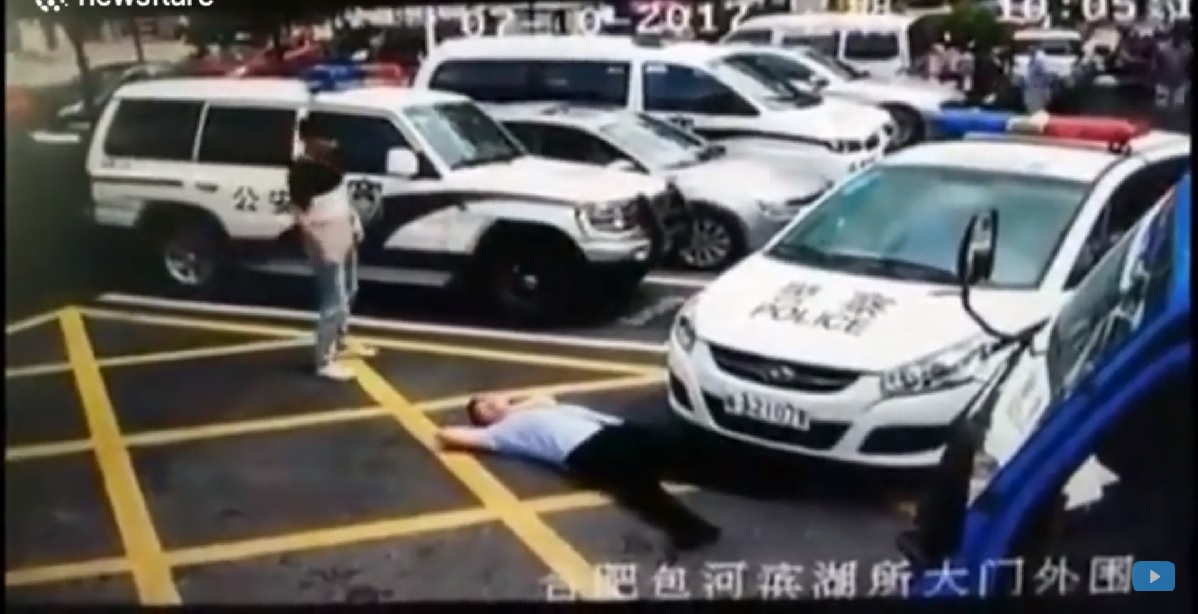 Take a bow, young man. You have attempted one of the greatest flops ever caught on camera and with a cop no less.

This happened in China and the video posted by liveleak.com is hilarious. No subtitles needed to watch this as you can pretty much tell what’s being said. The dude is very casually looking at his phone, waiting for the right time. A cop car pulls up at a ridiculously slow speed and the guy drops to the ground, right in front of the car.

Apparently, scams like these are very common in China where people pretend to get hit so they can collect money from the driver. In this case, however, pretending to be hit by a cop car was probably just the beginning of this guy’s problems. He quickly realized no one was buying what he was selling and it was probably going to end up costing him.