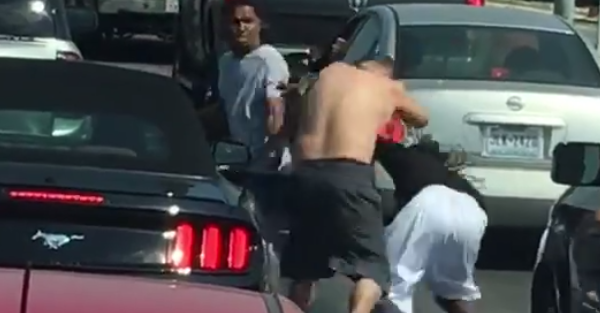 A road rage incident in Australia turned ugly when three men left their vehicles at a red light to engage in fisticuffs.

One man–shirtless for reasons unknown–can be seen arguing with two other motorists, before one of the men swings at the shirtless fellow. The other guy jumps in, making it a 2-on-1 battle of the idiots.

Amazingly, the shirtless fellow holds his own against both men before the three of them return to their cars, as if they realized how silly they must look brawling at a red light.

Maybe a more intelligent driver reminded them the light was going to change and having 10 people fighting the three of them for being idiots was a far worse conclusion to their story.