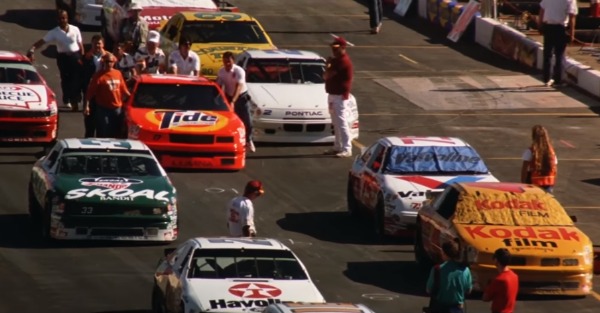 “Days of Thunder” is an absolute classic. It is not just an awesome racing movie, but a good movie in general. Coming four years after “Top Gun,” the story of Tom Cruise’s character, the awesomely named Cole Trickle, making the transition from open wheeled racing to NASCAR is something we have both seen in real life and also helped inspire another great racing movie, “Talladega Nights.”

Not everyone is a fan of this movie though. Sure it is CinamaSins’ job to pick apart movies, but it still hurts listening to the narrator tear apart such a beloved movie. Fans of the movie might want to look away.

There is a cool Cal Naughton Jr. cameo 16 years prior to Talladega Nights, and the movie gave us the phrase “Rubbin’ is racing,” so it isn’t all bad. But he absolutely tears apart every cliche and inconsistency in the movie. It’s hard to take a thorough deconstruction of an old favorite movie, but it is kind of fun to notice how much bad film making our nostalgia paints over.