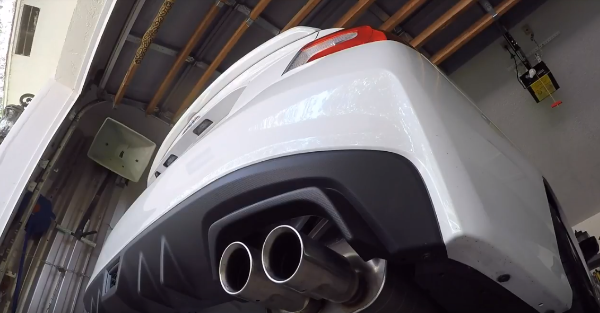 An odd situation recently came to light on the R/Cars subreddit when user Zawgy described what has become a strange morning ritual.

Zawgy says in this post that each morning as he leaves for work, his neighbors house alarm is set off. He says it isn’t always at the same time in the morning, but each day as he drives off he can hear the alarm going off.

And to answer your (and many commenter’s) first question, he says his 2017 Subaru WRX is bone stock, so sound should not be an issue. And we believe him, because this is the sound of a stock WRX starting up in the morning:

He even tested the alarm by starting his car and waiting a bit before driving away. His findings? The alarm would consistently go off when he put his car into reverse.

Parking sensors, engine noise (again) and even the rear view camera were all offered up as possible culprits, but when we started looking, it became clear to us what the most likely answer was.

First, the most likely cause of noise had to be eliminated, since the user never posted the video he promised (Are we investigating a fake lead?), we will just assume his stock WRX is no louder than any other car and he is just calmly leaving his house. If that was enough noise or vibration to set off this house alarm, it would be going off constantly. While still possible, we are going to rule it out in this case if only for the fact that the alarm did not go off when he started the car, only when he shifted into reverse.

And to understand the connection between a gear selection and a triggered house alarm, you need to know how motion detectors work. This smart home guide, and countless other sources, say that the detectors use infrared light, meaning that they are sensitive to changes in light.

We don’t know why this person’s neighbor has the sensitivity on their alarm so high, but it seems that the likely culprit here is the reverse lights shining just perfectly into the house and onto an unfortunately placed sensor.

It sounds crazy, but how else would you explain it?

Reddit’s favorite theory is that the neighbor is playing the strangest, most elaborate prank. If so, bravo, you got us, too!