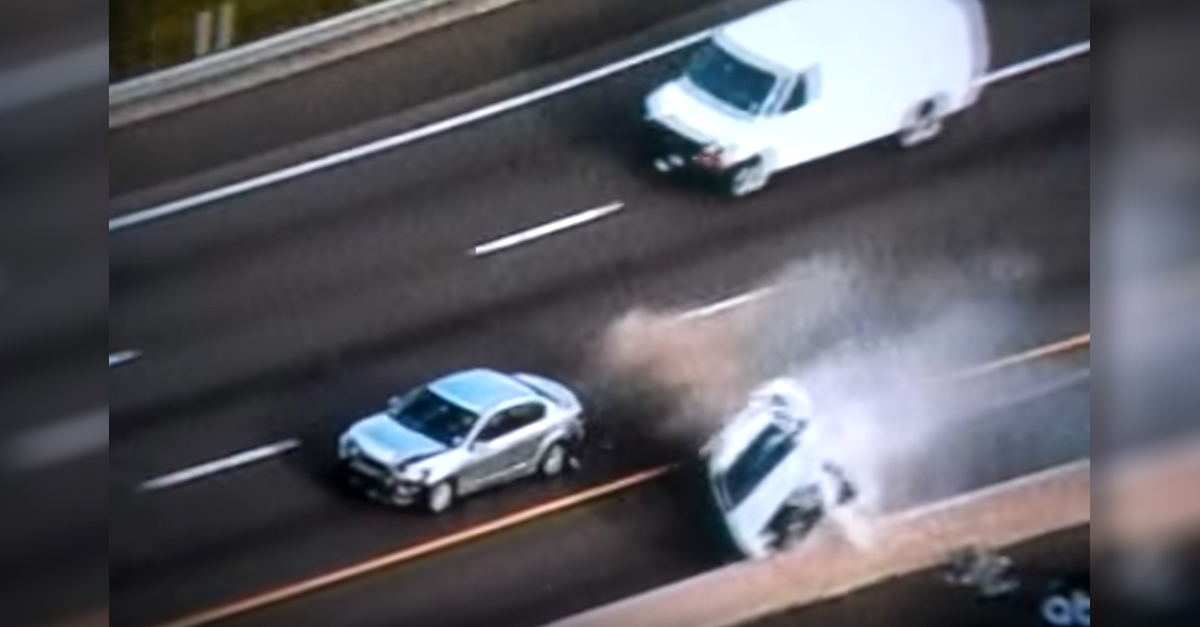 During an extremely dangerous high-speed chase, this criminal pulled some moves crazy moves on none other than the Houston police department!

He’s being chased down the highway by cruisers and SUVs when he comes up on an officer’s car and sends him into the median wall! The cruiser tumbled end over end like a stunt from a movie. The suspect eventually was over-taken by another officer who barrels into him.

READ MORE: A suspect made the most insane decision to try to evade police