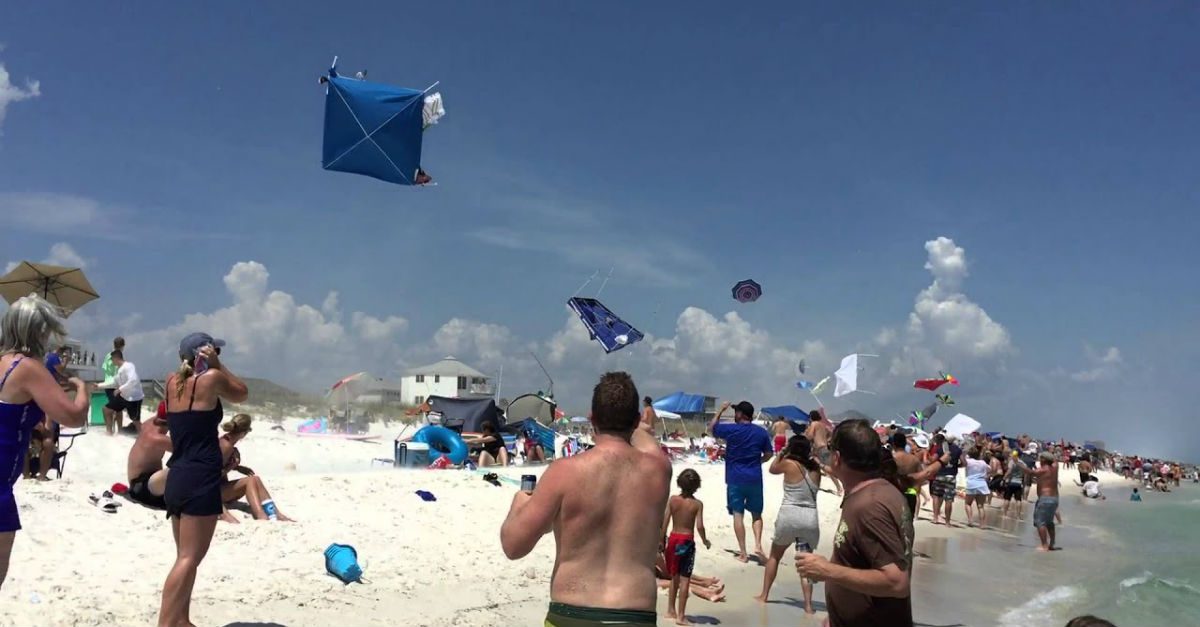 The Blue Angels, as you may know, is the United States Navy’s flight demonstration squadron and is known for its insane stunts and incredible air shows. With a typical season consisting of 61 shows at 32 locations, the Blue Angels keep a pretty busy show schedule, but one of the team’s many events is the annual Pensacola Beach Air Show during the second week in July.

The Navy’s Blue Angels, of course, are all about keeping things professional. They are trained aviators, after all, and understand better than anyone that the Boeing F/A-18 Hornets they’re flying in are serious machines. That said, they like to have fun, too. During a flyover at the Florida beach’s air show back in 2015, they treated the crowd to a little bit of a special Blue Angels fly-by surprise. Just check it out for yourself in the video below!

Pretty sweet, right? While everyone was focused on the one plane slowly soaring higher and higher, they were blown away (almost literally) by the other plane zooming by at Mach 1. Even with umbrellas and various beach equipment flying every which way, no one really seemed all that worried about it. I mean, the all-around chaos of the moment just made it that much more of an incredible stunt. I wouldn’t have minded losing a towel, or even a beach chair, to get to experience that craziness.

Did you like that Blue Angels show clip? Well, here’s a naval aviation fun fact for you: The U.S. Navy Blue Angels flight team was actually formed in 1946, making it the second-oldest formal aerobatic team in the world, behind the the French Patrouille de France. What an awesome history!