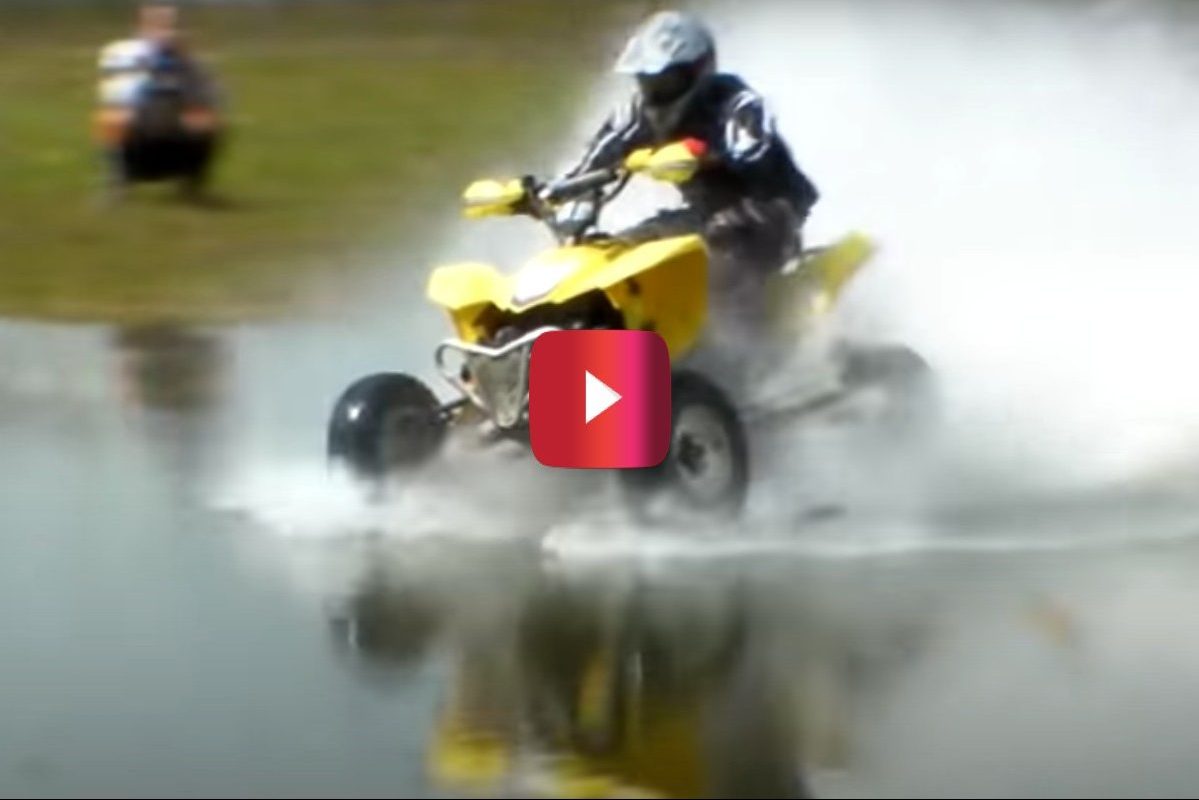 If you’re not already familiar with the phenomenon known as water skipping, boy, are you in for a treat. Water skipping is an epic aquatic activity where snowmobiles, ATVs, motorcycles, or other vehicles typically meant for land use literally skip over the water at high speeds. Now, you’re probably thinking to yourself, “Why would you do something like this when boats exist?” Because it’s awesome as hell, that’s why. Sometimes you need to think outside of the box, or, in this case, outside of the boat, to bring that fun-filled water experience to the next level.

In the below video, we have three vehicles — a Can-Am Renegade, a Suzuki LTR, and a Honda CRF450 — hitting high speeds before crossing the water in epic fashion. Doesn’t this look like a blast?

I can’t think of a better way to kill a couple hours with your buddies. Plus, the rush has to be absolutely off the charts. With that in mind, I can’t imagine that the guy recording the whole thing was all that pumped to be relegated to camera duty, at least if he’s an adrenaline junkie like the rest of his buddies. You have to think that he was just itching to get out there.

Now, while water skipping or watercross is most often associated with snowmobiles (there are even official leagues for this sort of stuff), as you can see, a high-powered ATV or motocross bike can do the trick just fine. Not only is this activity just good old-fashioned fun, it’s also great for earning bragging rights. Not every ATV or motorcycle would be able to flawlessly cross the water, so nailing this stunt right off the bat is a good way to show that you have a seriously powerful machine.

Talk about the ultimate “hold my beer” hobby.