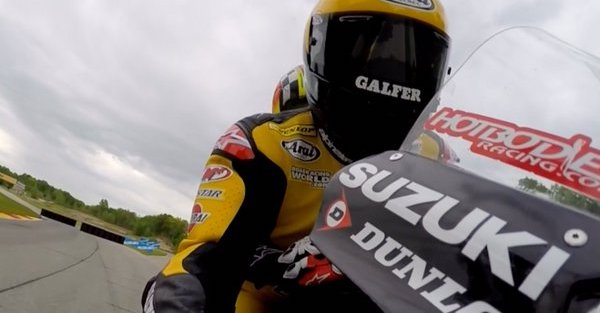 What will you be doing when you’re just around the corner from turning 100 years old?

Will you be racing motorcycles at over 100 miles-per-hour? Because that’s exactly what 91-year-old Rochelle Sims is doing. She’s doing it like a pro.

Simms is the oldest person to have ever joined a ride on the Dunlop M4 Suzuki Two-Seat Superbike Program, and she essentially ordered her way onto the track, because she is the most badass nonagenarian ever.

“We were in a board meeting and I announced that we were going to do a two-year partnership with RoadRace Factory and the Honda Racing team.?

Simms looked him in the eye and said,

?I want to ride on that motorcycle.”

And because Simms admitted on the track that she likes to go fast, Superbike racer Chris Ulrich took that to heart and threw the two of them down the track at 112 miles-per-hour.

You don’t have to be old enough to say, “back in my day” to race with Ulrich though. You can buy a ride on his bike for $300, and if the price seems steep, that’s because the money goes to a good cause. The racetrack-safety nonprofit Roadracing World Action Fund directly benefits from ticket sales.