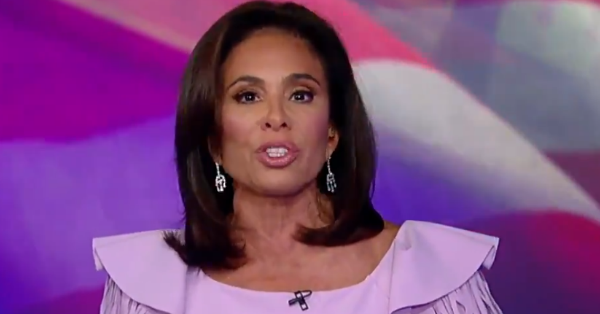 Former New York Judge and district attorney Jeanine Pirro  may soon experience a courtroom from an entirely new vantage point. The Fox News Host was recently pulled over going 54 mph above the posted speed limit, according to a report in TheDriver.com

A New York state trooper spotted the former judge racing down Route 17 at 119 mph in the small town of Nichols, the report said.  She was pulled over  and was issued a ticket for ?excessive speeding.?

Although the amount of the fine was not disclosed, thedrive.com did some digging and found that going more than 41 mph over the speed limit gets you a $600 fine, and 11 points on your license. In some circumstances, it?s enough to get your license suspended as well.

The type of vehicle the 66-year-old was driving has not been disclosed, but considering her net worth of $5 million, it was probably something fancy and capable of a lot more than 119 mph. According to the New York Daily News, she had this to say: “I had been driving for hours to visit my ailing 89-year-old mom and didn?t realize how fast I was driving. I believe in the rule of law and I will pay the consequences.”

It seems like the old judge is going to practice what she preaches and pay up. Now that?s some good judgment.