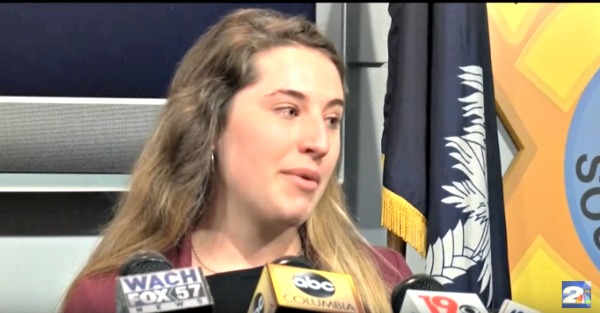 A female college student has told a harrowing tale of narrowly avoiding a vicious rape — all because her Scion was equipped with a manual transmission.

South Carolina student Jordan Dinsmore was attacked by three men outside of her Richland County (SC) apartment complex, according to a report in the Miami Herald.

The men threatened to shoot her before forcing her into her car, but one ran away when the suspects couldn’t operate the vehicle — none could drive a stick. So they forced Dinsmore behind the wheel, took her to withdraw money from her ATM, and then made a chilling pronouncement. She was going to drive to an apartment where she would be forced to have sex with the suspects’ friends.

?I was thinking somehow I have to get out of this,? Dinsmore said. ?Can I crash the car? No, because it might knock me out and not them. Can I pull over or something? I have to get away from them.?

Instead, with the car traveling 35 miles per hour, she undid her seat belt, opened the door, and jumped out of the moving car. Since the suspects couldn’t drive the car, they fled on foot, but have been apprehended.

Raquan Green, 17, and two 15-year-old teens have been arrested, according to WYFF-TV. Authorities alleged the suspects embarked on a racially motivated crime spree that targeted white victims and included robbery, carjacking, kidnapping and assault in seven different cases between July 3 and 26.