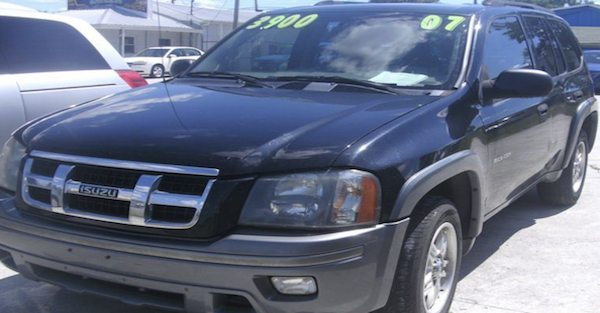 When looking to buy a used car, there are a million tricks to get a good deal. Buy a sports car in the winter, offer the seller cash on the spot, or just search for the word divorce on craigslist. These all work fairly well, but there is one trick that’s even easier and some don’t even know it exists. That trick: Buying an orphan brand car.

If you aren’t familiar with an orphan brand, it’s a car that was made from a parent company of a major auto maker and badged with a different name. For example: The Ford Crown Victoria and Mercury Grand Marquis or the Chevy Trailblazer and the Isuzu Ascender,(or a bunch of other Trailblazer copycats). These are all the same vehicles deep down inside but may have little cosmetic differences.

In one of Doug Demuro’s articles at auto trader.com, he compares the prices of vehicles like these to see if the orphan brand car sells for less. The idea is that fewer people search for the orphan model so there is less demand.

His first example is the Ford Fusion vs. Mercury Milan. The asking price on a 2006-2009 Fusion is $6,193 and the average asking price for the Milan is $6,199. Very close, but it looks like the orphan Milan takes the win here.

The results from Doug’s test do seem to be pretty conclusive. Orphan brand cars do sell for less, and because they really are the same car, you should probably save your money and go orphan. You could just re-badge the orphan and call it a day.

Related: Flooded cars are flooding the market. 3 Tips on how to avoid buying one.