Semi truck goes on rampage through tunnel, knocks out dozen of lights 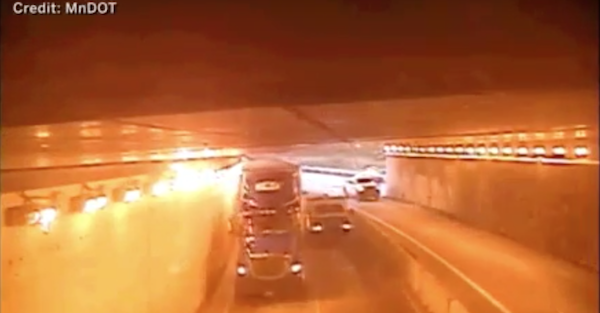 A semi truck driving through the tunnel knocked out 47 lights, and a video from the Minnesota Department of Transportation captured the incident.

Related: Dashcam footage shows an officer sent flying through the air like a rag doll

According to the Star Tribune, trucks over 9,000 pounds have been banned from the tunnel since June, but this truck driver didn’t get the memo.

The truck has the letters “JNJ” on it, and it matches the logo from JNJ Express out of Memphis.

The MnDOT is looking to replace the lights, but apparently the company that made the original lights doesn’t make them anymore.

The driver of the truck and the company are going to receive a very unpleasant bill sometime soon.