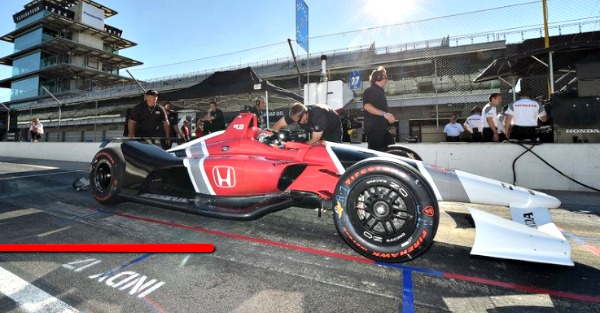 David Letterman is coming back.

The man who has an ownership stake in the Rahal Letterman Lanigan racing team is coming back to do a six-episode show on Netflix in 2018.

David Letterman will do a six-episode talk show for Netflix https://t.co/gh6gOTINL9 pic.twitter.com/Uw3UlIBH2P

Netflix made the announcement in a press release on its website.

The yet-to-be-named, six-episode series has Letterman combining two interests for which he is renowned: in-depth conversations with extraordinary people, and in-the-field segments expressing his curiosity and humor. In each hour-long episode, Letterman will conduct a long-form conversation with a singular guest – and will also explore topics on his own, away from the studio. The series is set to premiere in 2018.

Said Letterman, ?I feel excited and lucky to be working on this project for Netflix. Here’s what I have learned, if you retire to spend more time with your family, check with your family first. Thanks for watching, drive safely.?

Letterman is known for his comedic genius and Emmy Awards — 52 nominations and 10 wins. But he’s an avid car enthusiast as well.

Letterman joined the Rahal team in 1996, and since then the team has these accomplishment, according to information on its website:

Letterman also has an extensive car collection. Jalopnik noted he has one of the coolest car collections among all celebrities, and the Connecticut Post noted that he has 10 Ferraris, eight Porsches, four Austin Healeys, two Honda motorcycles, a Chevy pickup and one car each from automakers Mercedes-Benz, Jaguar, MG, Volvo and Pontiac.

Maybe we’ll get to see some of them.