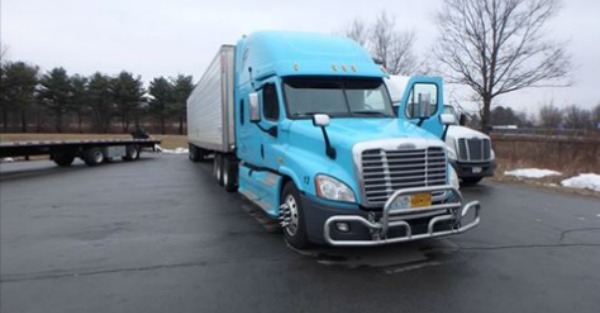 A trucker who police say drove across country with no rest and fueled by an explosive cocktail of drugs has been arrested after stopping in a Massachusetts town.

“Thankfully a Truck Driver on Drugs didn’t kill anyone on his way across the Country.”

According to the Facebook post, police went to a local convenience store on a report of a driver locked out of his truck. When cops arrived, they found the agitated driver, who told them he?d been taking LSD, cocaine and crystal methamphetamine. Police said the it appeared the driver didn?t sleep at all during a trip from Seattle, Washington, to Deerfield, Massachusetts.

Police took the truck driver to a local hospital, impounded his truck, and arrested him. Here?s the full Facebook post from the Deerfield Police Department.

Related: This trucker?s texting and driving rant is better than any public service announcement