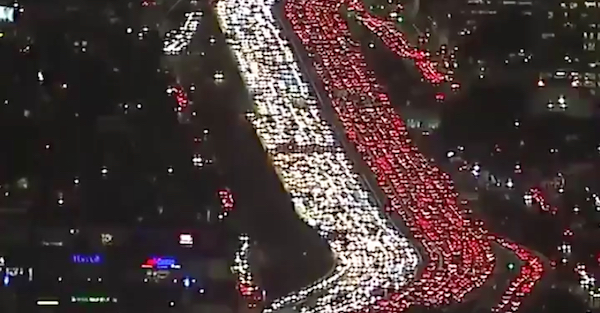 Tuesday night in Los Angeles revealed a stunning display of red and white lights as the 405 turned into a holiday spectacular.

ABC News posted video of the massive traffic jam from the air, as a massive amount of people flood out of the city a day early, probably in an ironic attempt to beat traffic.

According to the U.S. Department of Transportation, the 405 is the busiest highway in any American city, and that’s just on a normal day. Throw holiday traffic into the LA mix and you have recipe for a festively-themed disaster.