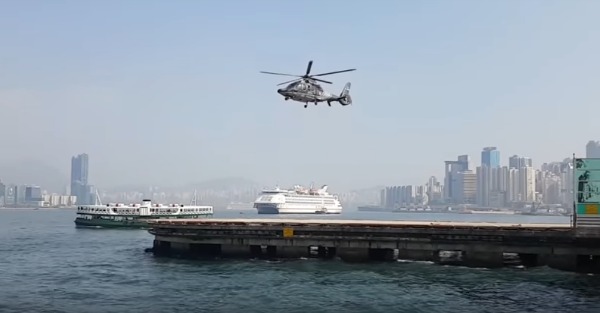 Matched with an otherworldly sound, this helicopter seemingly floats up off the ground and is whisked away by a force not of this world. In reality, it is just an optical illusion. The camera’s shutter speed just so happens to catch the blades in the exact same position at every frame, giving the illusion that they are not turning at all.

While it is rare for a camera’s shutter speed to perfectly match the rotation of the blades as it does in this video, we are all familiar with the effects shutter speeds have on videos. Led lights flash, old computer screens have those tracking lines, and airplane propellers often end up with strange shapes.

Even knowing what is going on doesn’t ruin the strangeness of seeing a helicopter seemingly float away using a strange unknown force.

Related: Here’s why the edges of your windshield are covered in tiny black dots