This Harley inspired gin is taking things way too far 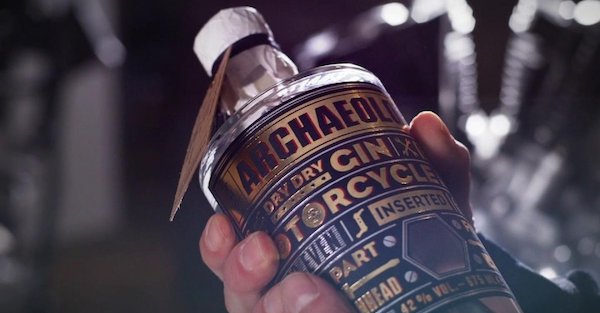 The perfect drink has always been close at hand. Turns out all you ever needed to make bank distilling your favorite liquor was come up with a presumably mediocre drink and throw a crankshaft in it!

Don’t think about it, just do it. Got the rusty, greasy, metal part in the bottle? Good. Because now you’re all set to sell that stuff at $1,000 a bottle to hipsters in Williamsburg who’ve probably never even touched an internal combustion engine.

In a press release Uwe Ehinger announced that he has decided to do just that, and has created three new flavors of gin, and none of them are priced below $1,000. There’s the Mexican-inspired gin, flavored with 1939 Flathead camshafts straight from the desert. Of course, there is a Chilean flavored variety, complete with 1947 Knucklehead screw-nuts. And who could forget the South Korean gin, accented with 1962 Panhead rocker arms.

These drinks are definitely not a stupid excuse to blow tons of money on the illusion of exclusivity and prestige. That’d be ridiculous.

Related: Millennials refuse to pull Harley Davidson out of its death spiral