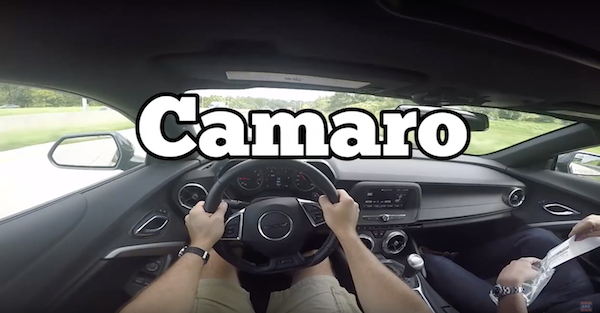 “Nothing’s faster than a rental car.” Not exactly what you want to hear when you hand your rental car’s keys over to a stranger. Well, maybe not exactly a stranger. In this RegularCars video, we see what happens when a fan lets Mr. Regular beat the crap out of his new Camaro rental.

Don’t get too excited, this isn’t an SS. Most rental companies will only give you a base model V6 Camaro or Mustang, but in this day and age that’s not all that bad. After all, the V6 Camaro has 335 horsepower, which is more than any LS1 powered 4th generation Camaro. Hell, back in the 80s that was almost double the horsepower of some V8 Camaros.

This car is actually pretty quick and its shifts are dead on. We learn the car really can’t do a burnout, but overall the review was really positive and hilarious. After this test drive the guy who rented it was probably thinking, “I should have bought the extra insurance.”