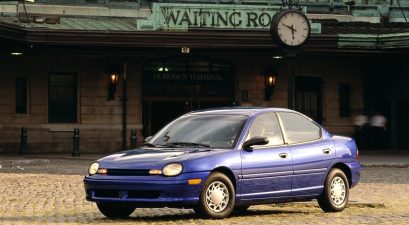 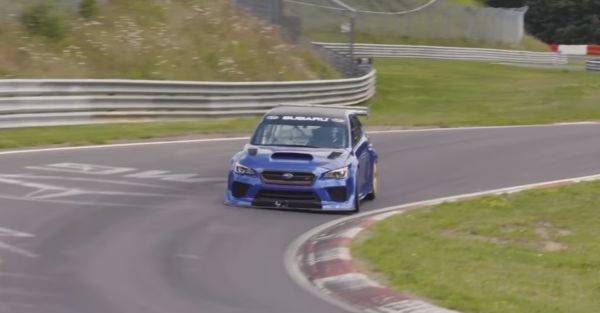 The Subaru brand is known for its touchy-feely commercials revolving around dogs and family relationships, but the Japanese carmaker can also produce vehicles that go really fast.

Take for instance the Subaru WRX sport sedan. This model already comes standard with a turbocharged four-cylinder motor and symmetrical all-wheel drive,  which allow it to grip the road better than most rear-wheel drive sport cars at the same price point. But, what if you took the WRX, then added a 600-horsepower engine, six-speed sequential transmission, and a full roll cage?

Well, the short answer is you’d get one of the fastest four-door sedans on the planet. In fact, this very car recently set the lap record at the Nurburgring Nordschleife circuit in Germany for sedans and there’s video to prove it.

In the footage shared by Subaru’s social media channels, you can see a modified WRX sport sedan–officially dubbed the WRX STI Type RA NBR Special–drive around Nurburgring in a time of 6:57.5.

It should be noted, this modified vehicle was actually built by British motorsport company Prodrive and Subaru also enlisted Aston Martin factory driver Rickie Stanaway to pilot the vehicle for its record-setting lap, but this is still one fast Subaru in any case.

In the behind-the-scenes video released by Subaru, you can see Stanaway was especially pleased about where he helped set this record lap time.

“The (Nurburgring) Nordschleife is for me the best racetrack in the world,” said Stanaway. “It’s for sure the most complex and challenging to master, which is probably why car manufacturers from all over the world want to set fast lap times there.”