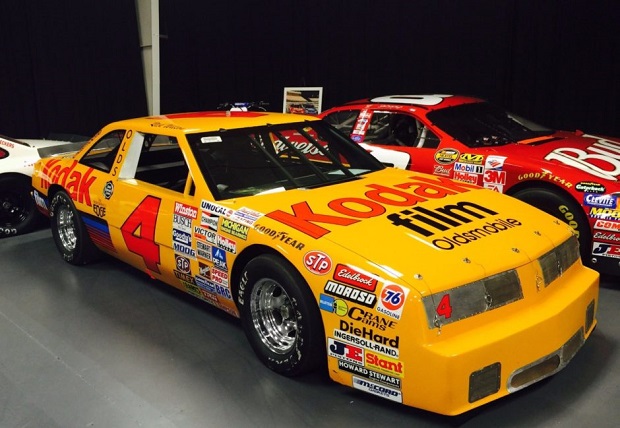 Carscoops.com reports that the latest offering from Bring A Trailer is Rick Wilson?s 1986 Olds Delta 88. This is the car that Wilson drove to a 2nd place finish in the Pepsi Firecracker 400 at Daytona in 1988, losing to Bill Elliott in a thriller at the flag. Elliott had been leading on the last lap, but Wilson was right on his rear bumper. Then Wilson makes a move inside and takes the lead. The two were coming out of the last turn when Elliott made a surge, the two bumped sides, and Elliott pulled ahead and won by 18 inches. Oh, and Dale Earnhardt came in 3rd.

The description for the sale on bringatrailer.com says the car has been in storage for 20 years and has been partially restored. It?s still set up like a stock car and is said to be in running condition, but hasn?t been out for a spin in 4 years. It has a V8 engine running a Chevy cup block, Pontiac heads, and 650CFM Demon carburetor. The interior sports a Richardson Racing seat, fire suppression system, Cole-Hersee electrical kill switch, and racing fuel cell.

As of this writing, the high bid is $2,500, pretty low for a race car in decent shape. There?s still time to convince your significant other how good it will look in your driveway. Bidding ends on January 4th.