When a GM engineer wants a racecar, he builds one himself 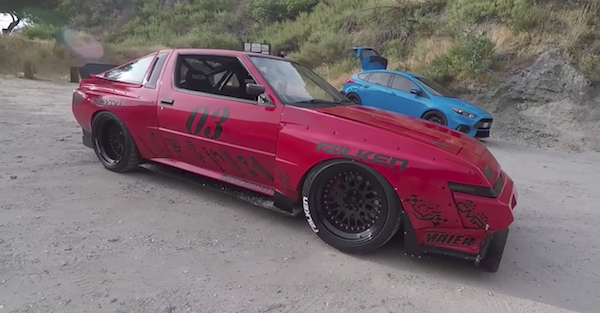 This is the end-all-be-all of garage builds, so of course it was done by a GM engineer. John Lazorack III and his wife essentially built an entirely new car out of a 1988 Mitsubishi Starion.

The car has a custom interior, roll cage, is widened, and hosts a swapped LS3 engine straight off of Craigslist. That LS3 has been tweaked of course, and the whole package now produces around 515 HP.

It should go without saying that Matt Farrah was stoked to have this car on The Smoking Tire. It’s one of the rare cases where a featured car is both powerful and fascinating to hear about.

Lazorack has held onto the Starion since he was in high school, so it almost feels that the car matured alongside its driver, both helping the other to grow and turn into something more than they were.

Pleasing narrative aside, this car has a lot to offer in the driving department. It is literally a race car, with the added bonus of being pretty capable in a drift.