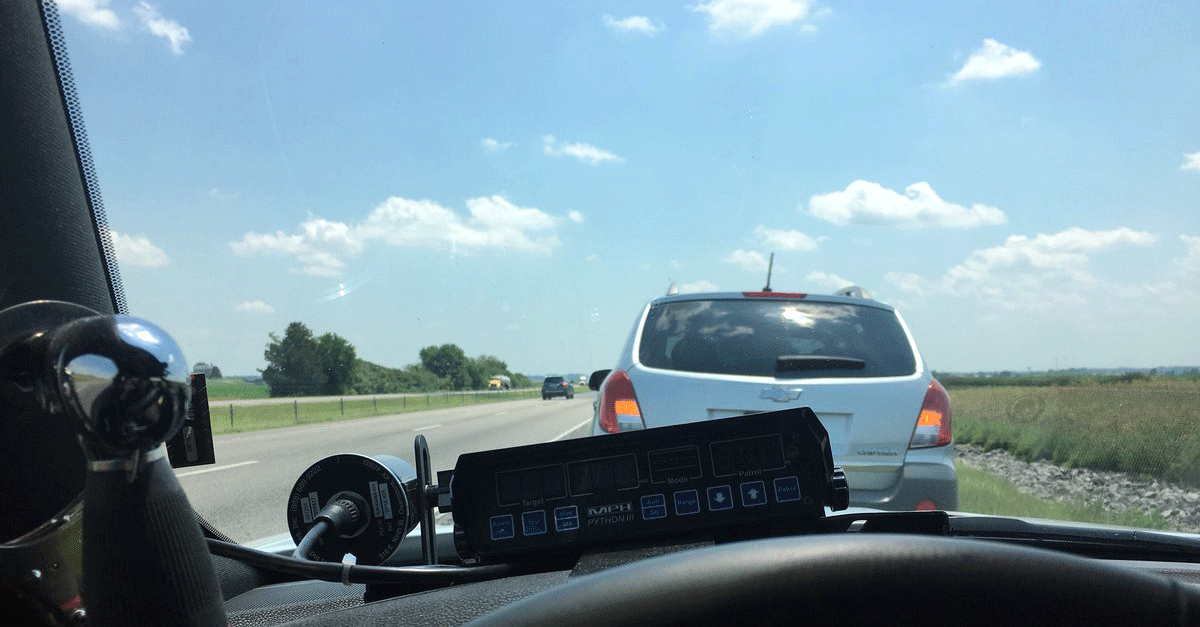 Ever found yourself behind a Sunday driver in the left lane, one that refuses to move to the middle or right lane, no matter what the speed limit actually is? If you’ve experienced this frustrating situation, you know there’s little that can actually be done since it seems police officers only seem to pull over the speed demons instead of the slowpokes. That, however, all changed over the weekend when Indiana State Police Officer Sgt. Stephen Wheeles tweeted about a vehicle stop.

It seems the left-lane driver was severely holding up traffic and was so stubborn about moving out of the lane that Officer Wheeles called in a left lane violation for the slower vehicle. Here’s what he had to say.

I stopped this vehicle today for a left lane violation on I-65. The driver had approximately 20 cars slowed behind her because she would not move back to the right lane.

Again…if there are vehicles behind you, you must move to the right lane to allow them to pass. pic.twitter.com/tePjJ1Xigy

The tweet went viral and earned about 80,000 likes and counting which clearly shows that drivers across America, whether they live in Florida, Colorado, Ohio, or traverse I-65 regularly, respect the purpose of the fast lane for faster traffic. If you’re wondering why this is such a big deal and you aren’t bothered by a slow driver, let’s talk about the accordion effect and why it matters.

In physics, the accordion effect happens on the road when vehicles accelerate and decelerate. When the vehicle in front of you decelerates and accelerates, you experience the accordion effect by trying to decelerate and accelerate to match the current traffic pace and the recent change in motion from the car in front of you. Over time, these changes in speed spread backwards and become larger as the line of traffic increases. This is exactly what Officer Wheeles cited when he tweeted about the traffic stop that became popular in top stories lists throughout the weekend.

Also, Officer Wheeles, we salute your career choice. With a last name like that, he was made to hit the road and protect our dear American fast lane.

Read More: Truck tries to exit from left lane, gets pulled over by cops