The 5 most anticipated cars of 2018 include muscle and luxury 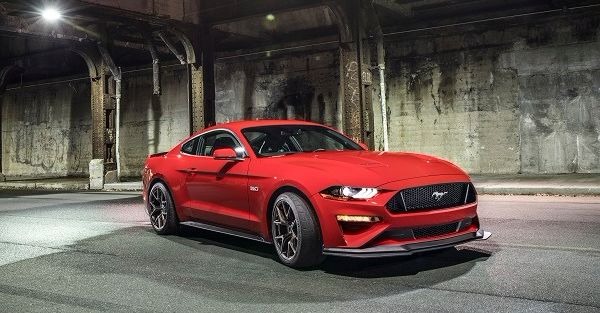 With the new year fast approaching, many people start thinking about what they’d like to achieve both personally and professionally the following year. While it’s true most people wish for continued health and a raise in pay, that’s usually so they can enjoy their weekends in a sleek sports car cruising down some winding back roads.

With that being said, below are five of the most-anticipated performance vehicles that will be available in 2018:

Dodge blew away the automotive world when it released the Challenger SRT Hellcat for 2015. Upon its release, it was the most powerful muscle car ever produced. However, there was always one big complaint about the coupe; it needed more tire so it could better use its 707-horsepower Hemi V8-engine. Well, the folks at Dodge listened and offer a widebody version of the Hellcat for the 2018 model year. This version of the Hellcat borrows fender flares from the new Dodge Demon, which allowed for bigger 20 x 11 inch wheels. The rest is history.

If you’re a NASCAR fan, then you heard former champion Brad Keselowski complain about Toyota’s advantage over Ford on the track. Keselowski thinks the new Camry race car has better aerodynamics and improved horsepower. While we don’t know if that’s true, we can say Ford has a huge power advantage over Toyota on the street. Sure, you can get a new Camry with a 301-horsepower V6, but that just doesn’t compare with the 2018 Ford Mustang GT and its 5.0-liter V8 good for 460 ponies. You almost certainly won’t find a production Toyota with that type of power anywhere in 2018.

By now everyone knows that Chevrolet is working on a mid-engine Corvette. For what could be the final hurrah for the front-engine model, Chevy engineers sent off the Corvette in grand fashion. Powered by a new LT5 supercharged V8, the ZR1 packs a mind-boggling 755 horsepower and an astonishing 715 lb-ft of torque. But, it gets even better. When the car is at full throttle, a white flame shoots out of the exhaust system. This makes the ZR1 quite possibly the coolest Corvette in history.

Just when you thought the third-generation Challenger couldn’t get any better, Dodge brought gearheads to their knees with the announcement of the 2018 Challenger SRT Demon. This car is so fast that it’s actually been banned from drag racing competition by the National Hot Rod Association. That’s because its 840-horsepower V8 allows it to rocket from 0 to 60 mph in 2.3 seconds and cover a quarter mile in just 9.65 seconds. To make this car legal to drive at NHRA-sanctioned tracks, a person needs to add more safety equipment to the Demon, such as a roll cage and safety harness. But, if you have more than $80,000 to buy a Demon in the first place, then you can probably afford those little extras.

The first thing you need to know about the Mercedes-AMG Project One is it can reach a top speed of 217 mph. That’s thanks to a 1.6-liter turbo V6 combined with four additional electric motors. The second fact about this hypercar worth noting is it costs 2.275 million Euros, which translates to approximately $2,723,288 million (U.S.). The third and final tidbit worth mentioning about this vehicle is only 275 examples are scheduled to built and all of them have already been sold. This means your best chance at getting your hands on one will come at an auction years down the line.