This Hot Rod Semi Is Powered by a Cummins Diesel

Man Who Had Sex With His Car: “It Was Love at First Sight” 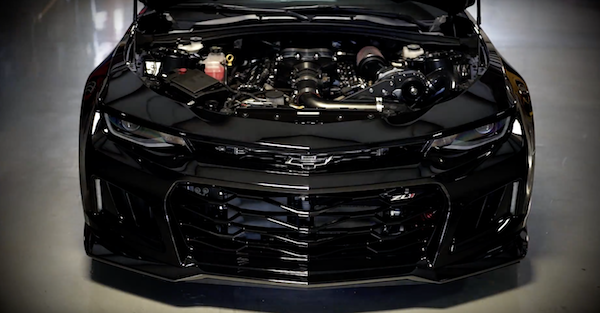 The performance world has gone completely insane in the last few years and it doesn’t look like anyone is letting off in this wonderful horsepower war we have going on. Auto manufactures, in lieu of very strict emission standards, keep giving us more power and no one is complaining, including the speed shops around the country looking to squeeze even more out of the amazing platforms we have to work with.

In what can’t be described as anything other than ridiculous, Vengeance has taken a new ZL1 and transformed it into a 1047 wheel horsepower monster. What they did here is amazing because the engine was left alone aside from some ported heads and a custom camshaft. This car makes around 1200 crank horsepower using the factory block, crankshaft, connecting rods and pistons!

The heart of this new found power is a huge F-1A-94 Procharger with an air to water intercooler system. It puts out 19psi of boost and requires C-16 race fuel which is about 117 octane plus methanal injection via an Alky Control kit. Other modifications are Kooks long tube headers, an axle back exhaust with x-pipe, custom intake manifold since the factory supercharger is gone and of course a custom tune by Vengeance.

Pricing has not been released, but with the ZL1 being somewhat of a bargain at $62,000, you can bet a lot of these kits will sell. If we assume the setup is around another $20,000 you are still right there in Demon territory but with a lot more power and a car that can truly handle.

Performance numbers are not out yet either, but expect a 9 second car with the proper tires. We truly are living in amazing times.

Related: These guys are mating a Prius with its polar opposite to challenge super-muscle cars