Ambulance gets T-Boned, makes one of the best saves you’ll see 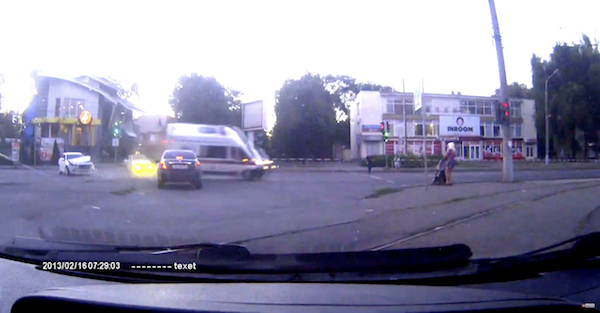 It’s often said that utility vans handle like bricks, probably in large part due to their distinct, brick-like characteristics. However, as anyone who’s built a pinewood derby can will tell you, a brick can handle pretty well.

To prove the point, some nameless ambulance driver showed exceptional control by taking a t-bone collision and then just continuing on down the road. The collision didn’t just jostle around everyone on the inside, it brought the ambulance up on two wheels, nearly toppling the whole van over. Somehow the driver was able to correct, avoiding total disaster.

The wreck was apparently caused when a driver didn’t cede the right of way to an ambulance. It doesn’t seem like anyone is at fault here, except that the driver of the white car should have been a little more vigilant.