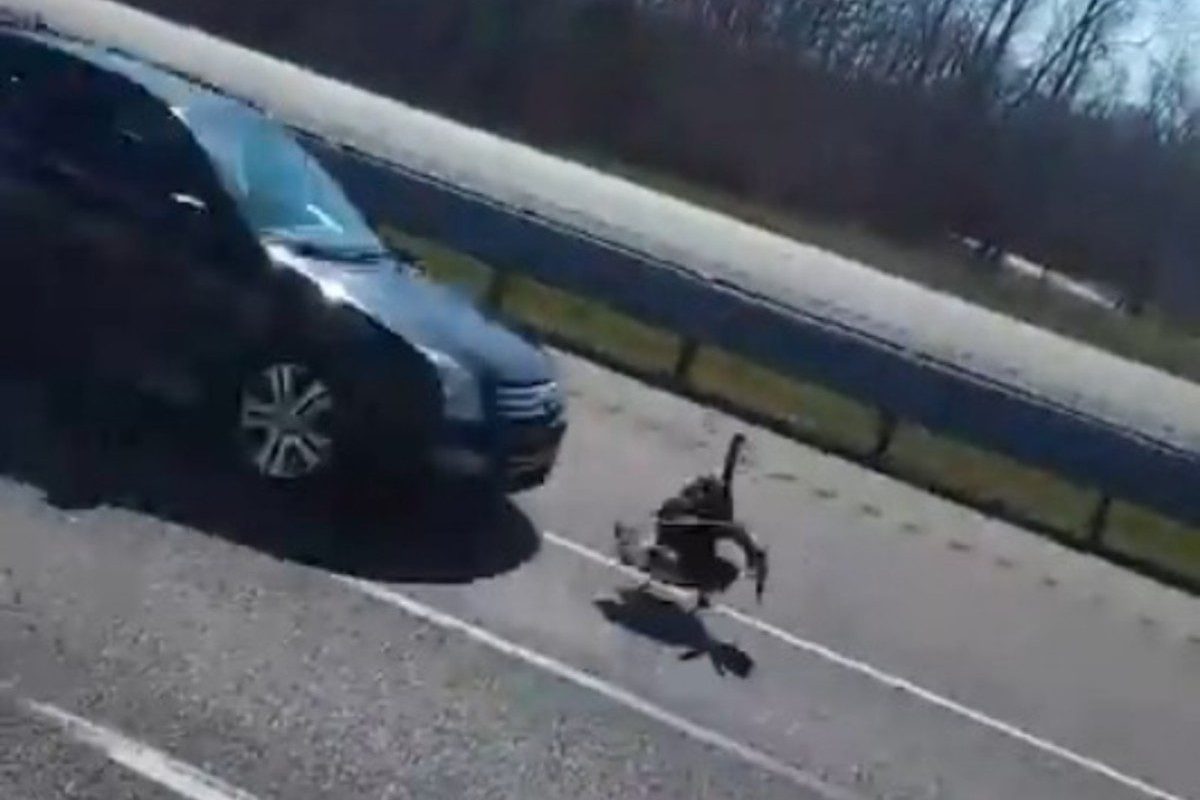 After watching this video, I realize that it’d be way too easy to make a “Why did the turkey cross the road?” joke. So, for the sake of forgoing the obvious and not just immediately latching onto the low-hanging fruit, I won’t make it, even though it’s extremely tempting.

Now, as far as why the turkey in the below video decided to cross the road, I guess we’ll never know. But, I’m assuming it wasn’t to get hit by semi truck and then absolutely flattened by a Ford Focus.

Trucker Kevin Bokelman recorded the moments after a turkey smashed right through his windshield while he was driving down the highway. The turkey seemed pretty content with just chilling in the backseat, but Bokelman needed to get back to his job, and a turkey squawking up a storm isn’t exactly the best to increase productivity. So, with a little bit of coaxing, Bokelman was finally able to send the animal on its way.

Not even bothering to check both ways (clearly, it never took the time to learn the rules of the road), the turkey manages to waddle its way through a lane or two of traffic, only to get completely smashed by a speeding Ford Focus seconds later. I mean, feathers were strewn pretty much all over the damn road. Not the most ceremonious way to go, that’s for sure.

Despite being glad to finally have the turkey out of his truck, Bokelman seems pretty shocked about the animal’s sudden demise, giving it a few brief moments of silence before finally saying, “Well, he didn’t make it very far.”

Rest in peace, turkey. May your next life be filled with open fields and far from busy traffic.