Automakers have been teaching to the test, creating cars that are less safe than they seem 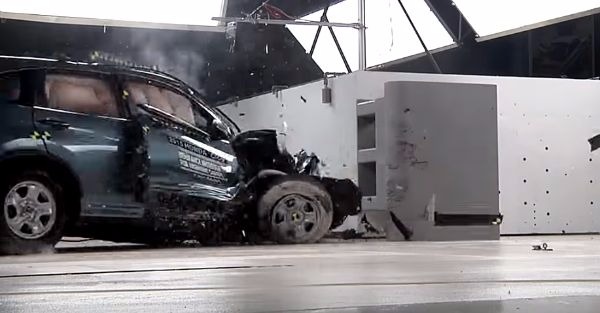 Crash standards get tougher as time marches on, and cars today are practically panic rooms compared to cars from even just a decade ago. But still, improvements can be made, and the Insurance Institute for Highway Safety (IIHS) has recently found a key area that is true.

Autoblog reports that the IIHS found that many cars that scored well on all of their tests, including the tricky driver side small overlap test, may have been neglecting areas that weren’t being tested.

This makes perfect sense of course, as automakers put all of their engineering time and money towards acing the existing tests.

To remedy the situation, the IIHS will begin administering passenger side small overlap tests.

The reason is that the passenger side was not receiving the attention that the driver side was, and while a small overlap crash is more likely to be catastrophic on the driver side where head on collisions are more frequent, soon both sides of the car will be equally as safe.