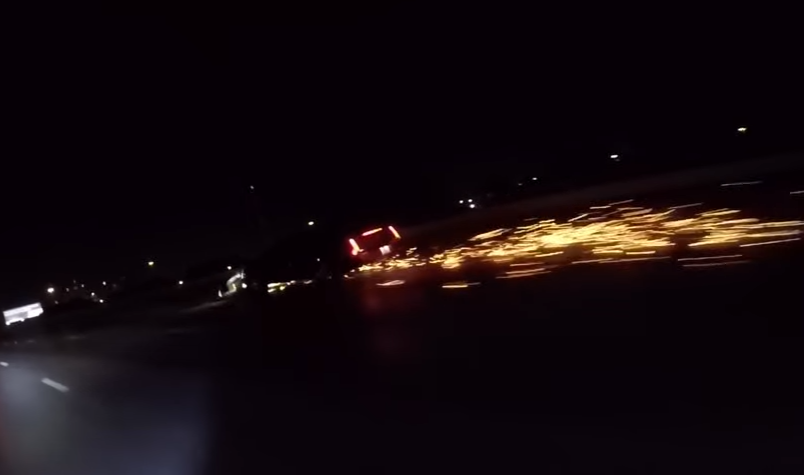 This incident has to be seen to be believed.

Motorcycle group rides seem to bring out the worst in everyone. Some bikers sometimes start to act like they own the road since it is so easy to feel above the law when a cop can’t do much to punish a scattering group on high performance machines.

Cars get annoyed at the bikers attitude and the few bad apples’ antics and start to get aggressive, which kicks off a feedback loop of road rage.

In this particular incident, a car is aggressively driving among a group of bikers but there is no way to tell what happened before the video starts. A bike gets in front of the car and starts to slow down. Then all hell breaks loose. The car suddenly accelerates and nails the rider and drags the bike.

Now all the bikes are rushing to the defense of their fallen friend and start to chase the car. Even if the car wasn’t a homicidal madman who just ran over a biker, he would run. Who wouldn’t be freaked out being chased by a group of people ready to take the law into their own hands?

Then, a biker on a cruiser loses control trying to contend with the car’s brake check and goes down hard, barely missing being ran over.

The bike filming breaks chase and goes back to check on his friend. It is not pretty.

Everyone survived but there was a lot of blood and it is a graphic sight seeing the man lay in the street bleeding. If that sounds like your kind of thing, you can watch the whole video on Youtube.

Regardless of how annoying and aggressive the bikers were, that’s two near-murders by the maniac in the Caddy. Maybe instead of bikers vs cars, we need to remember that there are real-life people in and on these vehicles. Crazy, we know.

Related: A car and a motorcycle try to out-stupid each other in a crazy road rage incident